Fish Farming: Is Aquaculture Right for Your Property?

Fish require less maintenance than other livestock. They provide a healthy protein source for your family and could add revenue to your farm. 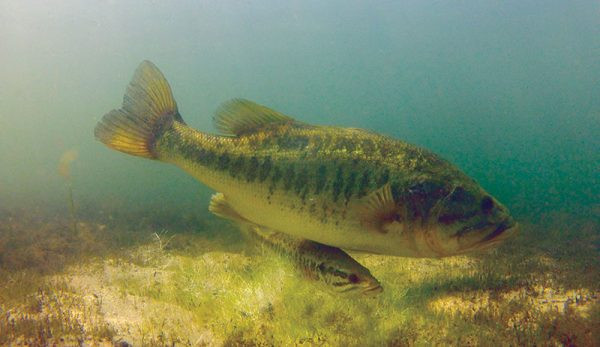 So much of mainstream culture, the concept of a farm is still closely defined by plastic preschool play sets: red barn, happy chicken, smiling cow, circular pig and a farmer in overalls and a straw hat. While there‚Äôs nothing inherently dishonest about this image (my own barns are red, my chickens are happy and I do wear a straw hat now and again while working), there‚Äôs just so much more to a modern farm than this Green Acres getup suggests.

Where are the converted food-grade barrels catching rainwater for plants and animals? Why not include solar-powered electric fencing to keep the round little pig in its pasture? And where‚Äôs the aquaculture operation?

What, you don‚Äôt have an aquaculture setup on your farm? Well, you‚Äôre not alone, despite most farms having the most basic necessity for growing fish: water (you know, farm ponds). If you aren‚Äôt taking full advantage of private waters on your land or have extra space you could use to cultivate fish, read on to learn more about aquaculture options for small and hobby farmers.

Put Your Ponds to Use

A farm pond is a staple of country living, and the reasons are as old-fashioned as working the land itself: Ponds provide drinking water for livestock, a collection area for rainfall, an available source of water in case of fire and a cool place to frolic on a hot day.

Of course, fishing is another use for a body of water, and grabbing a pole and heading to the back 40 for a day of casting lines is as fun now as it was in the days of Huckleberry Finn. But beyond an excuse to spend a day in quiet contemplation beside a cooler of libations, a properly stocked fishpond can be a viable source of protein cultivation for a family‚Äôs personal needs or limited commercial value.

‚ÄúIf someone has existing water on the farm, there are ways to go into aquaculture in a family or hobby-farm-type level,‚Äù says James Tidwell, coordinator for aquaculture programs at Kentucky State University‚Äôs Aquaculture Research Center. ‚ÄúYou‚Äôve got cage culture; you‚Äôve got different species that you can raise and harvest for family farm use. As with a lot of farming, it‚Äôs going to require scale to do it on a commercial level. But on a home-use level, if you have existing waters, you can harvest some of the fish that are self-supporting in a balanced population. Or you could maybe even add a cage of fish.‚Äù

But before looking up a fish-stocking service and ordering from a catalog (like the previous owner of my farm who once purchased catfish for one of the ponds, only to collect their bodies from the surface after the spring thaw), take time to consult experts about what‚Äôs right for your pond and region.

‚ÄúThere‚Äôs a lot of literature available for free from the extension programs for each state,‚Äù Tidwell says. ‚ÄúProbably the best start is to contact your local or regional land-grant university, your extension service, and tell them your interest. With fish being cold-blooded, it‚Äôs very different in different parts of the country as to what‚Äôs a suitable fish, what fish can do well and even what fish is allowed.‚Äù

Tidwell and Kentucky State University worked with the Kentucky Department of Fish and Wildlife Services to develop a series of web-based pages titled ‚ÄúManaging Your Farm Pond‚Äù to assist the state‚Äôs landowners in determining how many fish of what species they can effectively raise in their ponds. While other state-specific resources are available for other regions, Tidwell has a good starting point for prospective fish-keepers looking to establish cost estimates.

While farm ponds can provide a food source for a family or very small community, Tidwell is quick to point out that the commercial possibilities are limited‚Äîthough they do exist.

‚ÄúMost hobby-type folks would want to be selling whole product if they possibly could,‚Äù he says. ‚ÄúThat way you don‚Äôt have to get into processing and you don‚Äôt have to get into all the health department regulations that are involved. As long as you don‚Äôt put a knife to it, if it‚Äôs live or fresh on ice, there are no processing regulations you have to deal with. If you get a propagation permit from Fish and Wildlife, you get a transportation permit at the same time.‚Äù

Tidwell puts the cost of a propagation permit in Kentucky somewhere close to $50.

‚ÄúEven if it‚Äôs a classic bass/bluegill-type pond, you have a propagation permit from Fish and Wildlife and list ‚Äòbass/bluegill/catfish‚Äô on there, you should be able to sell them,‚Äù he says. ‚ÄúThat would just be considered a low-density aquaculture-type enterprise.‚Äù

But if your farm sits on the banks of a river or creek, the chances of a commercial operation increase exponentially, right? ‚ÄúNo,‚Äù Tidwell says. ‚ÄúThat‚Äôs an easy, short answer. You can‚Äôt raise fish in public waters. I‚Äôve got frontage on the Kentucky River, and fish would grow great in a cage in that slow-moving water. But that‚Äôs considered public water, and you can‚Äôt raise private fish in public water. You can‚Äôt harvest public fish and sell them for profit without a commercial fishing license.‚Äù

This is, of course, the law in Kentucky; check with your state officials about what you can and can‚Äôt do.

Farms need to have income, however, for the old rule that farms should cover operations and new(ish) requirements for farm number registration. While raising fish for profit shouldn‚Äôt constitute the bulk of your farm plan, a farm pond might provide enough supplemental income to buy a bag of chicken feed now and again.

At farmers markets in central Kentucky‚Äîhundreds of miles from the closest ocean‚Äîpeople buy fresh saltwater shrimp thanks to an innovative program out of Kentucky State University‚Äôs Aquaculture Research Center.

‚ÄúWe do freshwater and saltwater prawns,‚Äù says program coordinator James Tidwell. ‚ÄúThe freshwater prawns are best suited to a pond-type production; it‚Äôs like a fruit crop, a once-a-year crop. They‚Äôre stocked in early June and, depending on the weather, normally they‚Äôre harvested about mid-September. ‚ÄúBut we‚Äôre also doing saltwater shrimp in tanks indoors in what we call a bioflock system.‚Äù

If shrimp can grow in Kentucky lakes, should you consider decapods for your farm pond? Not necessarily.

‚ÄúYou‚Äôd have to be a pretty dedicated hobbyist,‚Äù Tidwell says. ‚ÄúTo get those guys out of there, you have to drain the pond. So for most hobby-type situations, that‚Äôs not something you‚Äôd want to do.‚Äù

Still, local shrimp in the middle of Kentucky is pretty cool.

While few things beat a relaxing day of fishing, the activity is really more recreational than sustainable. If you want to raise fish to provide food for yourself and your family, cage culture is a better option than whiling the day away with a pole.

Cage culture is, put simply, raising large amounts of fish within the intensive environment of a floating cage. The movement of fish within the cage creates currents that filter clean water inside, and the yields can be pretty impressive: It‚Äôs possible to harvest more than 100 pounds of fish in a cage that measures 3 by 1 ¬Ω by 1 ¬Ω feet.

While you should consider certain factors, such as local laws and species best suited to your area, cage culture is an effective way to grow food in a farm pond. Research the topic further to determine feasibility for your region and personal situation.

No Pond? No Problem

If you like the idea of growing your own fish but don‚Äôt have a farm pond on your property, a backyard aquaponics system might be just the thing for you. You‚Äôve probably seen aquaponics in action before. Plants are grown in a nonsoil media (clay pebbles are often used), with nutrients supplied by water pumped to and from a tank filled with fish. Fish waste helps to produce healthy, quick-growing plants (green, leafy vegetables are most common) and fish can be harvested at the end of a growing season for a freezer full of healthy proteins.

‚ÄúAquaponics really started on a small, grassroots level,‚Äù says Janelle Hager, a research associate at Kentucky State University‚Äôs Aquaculture Research Center. ‚ÄúPeople really wanted to have food security and started caring about where their food came from and generally wanting to grow it themselves. It‚Äôs very popular on this backyard, small-scale level, and the research is really just trying to catch up to it.‚Äù

The research center has a variety of systems on display for interested parties to view, including simple setups and full-scale greenhouse installations, but for Hager, aquaponics‚Äô appeal is still in those small, backyard setups.

‚ÄúMy passion is really making it available to folks,‚Äù she says. ‚ÄúI‚Äôve set up probably seven or eight of these for friends and family. We just harvested, like, 75 fish for my aunt the other day.‚Äù

Adds Tidwell, ‚ÄúThere are a lot of aquaponics options, probably more than pond-based for the hobby-type scale. There are all these things where you can use those IBC [intermediate bowl container] totes that they move Coke syrup and stuff in. You can cut those, flip them over and make an aquaponic system out of one.‚Äù

The system Tidwell describes is a common, low-effort method of raising fish that, at its simplest, can be built and set up in a suburban backyard. And, aside from getting an IBC tote (you can find them used on classified sites such as Craigslist, but make sure the previous contents won‚Äôt cause problems for you or your fish), the only issues to consider are feeding the fish, maintaining proper water quality (do a web search for ‚ÄúFAO aquaponics‚Äù to read more) and timing; you can raise fish only for as long as the weather will sustain them outside.

‚ÄúOne of the biggest limiters here [in northern Kentucky] is that if you do an outdoor system, you‚Äôre only running it from late April to late September or early October,‚Äù Heger says. She quickly points out that, while a variety of fish can survive in an IBC tote system and provide nutrients for a vegetable crop, the range of edible fish is pretty limited.

‚ÄúThere are alternatives like koi, stuff like that,‚Äù she says, ‚Äúbut in order to actually get a fish that you want to filet and eat at the end of it, tilapia‚Äôs pretty much your only option.‚Äù

Whether you‚Äôre growing a cage of bass in a farm pond or raising tilapia in an IBC tote, farm-based aquaculture operations might just be worth exploring as a component of your agricultural plan. Requiring less maintenance than traditional livestock, fish provide a healthy, hearty protein option for family meals. And, if you can make it work, aquaculture could even add some revenue to your farming operation.