Not sure what bait to put in your predator traps? Here are some animal-specific lessons gleaned from years of battling chicken thieves. 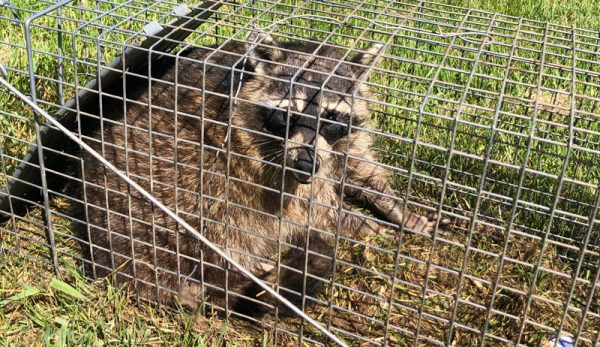 Years of raising poultry means oodles of experience dealing with predators of all shapes and sizes.

We’ve had tragic losses and have prevented even more. We’ve outwitted hungry predators and have even watched as a fearlessâ€”clueless?â€”opossum skulked toward our coops while we stood right beside the them.

The years we have spent fighting our animal adversaries have helped us hone a very specific aspect of poultry rearing: we know what the neighborhood nasties find tasty. (Besides our birds, that is.)

If you are having predator problems and are wondering what to use to bait your traps, take your cue from five options that have worked for us.

Here are some effective ways to keep pests out of your barn.

Canned cat food is our go-to bait for these nocturnal carnivores. We have tried a variety over the years, both flaked and patĂ©, and we have tried an array of proteins.

The most successful selectionâ€”the one that drew the most raccoons to our trapsâ€”was flaked salmon.

Every single time that we used flaked salmon, we had a raccoon in our trap the next morning. Flaked tuna was also popular with raccoons, but not to the same level as the salmon.

Less successful was the patĂ© version of these, much to our chagrin. PatĂ© is much easier to handle!

Least successful of all? Ironically, chicken and turkey. The only thing we could surmise is that the scent of fish entices a raccoon’s palate more than that of poultry. Apparently the poultry has to be live to raise a raccoon’s interest.

It took a while to determine what bait would work best for these omnivorous marsupials, since they are opportunistic eaters. They’ll devour anything that fills their bellies and fuels their bodies.

We tried everything from cat and dog food to kitchen scraps and aging leftovers to see what bait offering would best attract them to the predator traps. Two options eventually left the others behind: softly scrambled eggs and beef that is starting to turn bad.

It could be cooked meat or raw meat, but it had to be aging. Meat fresh from the butcher’s department simply did not attract opossum as meat that had begun to decay. Our assumption is that the rancidity pleases an opossum’s taste buds better than a fresh, clean taste.

As for the eggs? Our guess is that they just like the flavor.

Check out these ways you can prevent predators from entering the chicken run.

Smaller than most predatory carnivores, weasels can quickly devastate a flock. Of all the hunters in our area, the weaselâ€”and its cousins, the mink and the badgerâ€”posed a temporary puzzle to us, as our farm has (to date) never been savaged by these creatures.

Several of our fellow poultry-keeping neighbors have, however, and asked for our suggestions regarding which bait to use. After some trial and error, chunky, beef-stew-style dog foodâ€”the kind with its own gravyâ€”proved to be the perfect choice.

Since weasels hunt around the clock and give birth at different times of the year, keeping fresh bait in your predator traps is crucial. Old bait loses its meaty scent and will no longer attract these predators.

The field mice that have found their way into our coops over the years survived by scrounging crumbles spilled by our layers. What they really love, however, is creamy peanut butter.

Regardless of whether we use a snap trap or a containment trap, creamy peanut butter brings these little rodents running. Crunchy peanut butter works, too, but the larger texture of crunchy doesn’t allow for as much bait to be used. So we’ve had more success with creamy.

There is one and only one bait that has guaranteed success for our rat traps: chicken feed. Not peanut butter, not kitchen scraps, not leftovers, not cat food.

Rats will determinedly gnaw through sealed sacks of chick grower and adult pellets, contaminating the contents. We lost at least a half dozen 50-pound bags of feed before we had our light-bulb moment: the rats wanted the layer rations, so let’s give them the layer rations.

We did discover that, for maximum efficiency, we had to carefully place the bait within the trap’s cup. Otherwise, the wily rodents would feast on the crumbles that were on the trap but not in the bait cup … and this would not set off the trap.

An added bonus: cleaning the bait cups is much easier with chicken crumbles than with messy peanut butter.