Flat or Curly Parsley: Which Is Best for Your Farm?

Parsley is an easy to grow herb that deserves a place in every garden. But is flat or curly parsley a better choice for you? Learn what separates the two. 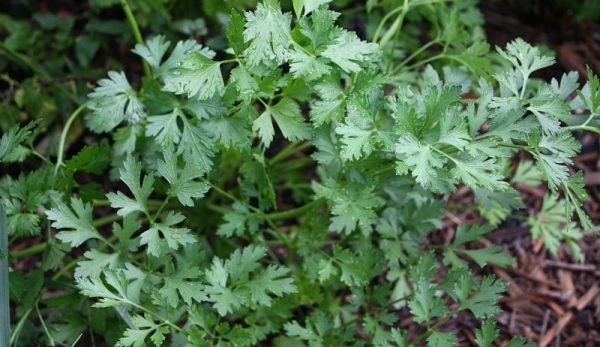 Parsley is an easy to grow herb that deserves a place on every hobby farm. It’s a popular purchase at farmer’s markets and most chefs love buying fresh-from-the-farm parsley on a weekly basis. But when it comes to deciding whether flat or curly parsley is the better choice, you have a few things to consider prior to planting.

What’s the Difference Between Flat and Curly Parsley?

Parsley is a cool-weather tolerant herb that’s a native of the Mediterranean region. It’s a biennial that produces a rosette of foliage during its first year of growth and flowers the second. In regions with a mild winter, parsley easily overwinters, but where winters are very cold, the plant does not survive. Regardless of where your farm is located, however, most growers use parsley as an annual crop since flowering causes the foliage to turn slightly bitter.

Flat and curly parsley are actually two different species of plants with many differences between them, though flavor and texture are likely to be the most important.

Curly parsley (Petroselinum crispum): Curly parsley tends to be used primarily as a garnish here in North America. The flavor is very strong, though it can also be quite bitter, depending on the variety. The texture of curly parsley makes it difficult to wash and a challenge to chop attractively, making it far more valuable to home cooks than it is to professional chefs who likely prefer flat-leaved parsley.

Flat-leaved or Italian parsley (Petroselinum neapolitanum): Italian parsley has a smoother texture than curly selections, and the flavor is more intense and stronger, though it has less of a tendency to be bitter. It’s easier to wash and chop, though the stems aren’t always as sturdy as curly parsleys are.

There are many different named cultivars of flat and curled parsley, each offering its own unique flavor. Favorite curled varieties include Moss Curled and Wega. Flat-leaved favorites include Giant Italian and Italian Flat Leaf.

How to Grow Flat or Curly Parsley

Both types of parsley are fairly easy to start from seed. The seeds are notorious for talking their own sweet time germinating. Expect to wait 20-25 days to see the first seed pop from the soil. Soaking the seeds in water for twenty-four hours prior to planting can help speed germination.

Seeds should be sown indoors under grow lights, or in a heated high tunnel or greenhouse about 10 to 12 weeks before the last expected spring frost. Plants are fairly cold hardy and can be planted into the garden early in the season, shortly after you plant your peas and onion sets.

The most important harvesting tip for parsley, regardless of whether it’s flat or curly parsley, is to only harvest the outer leaves and let the growing point remain intact. Doing so will allow the plant to produce subsequent flushes of leaves and result in continual parsley harvests for weeks on end.

Once the parsley stems have been cut, store the leaves, cut stem down, in a glass of water on the countertop. Or, put the leaves in a plastic bag and keep it in the fridge where they’ll last for a week or more. Wash just before use.

Parsley growers should also be aware that the plants will serve as a larval host food for the Eastern Black Swallowtail butterfly. It’s quite common to spy several of these unique yellow, green and black striped caterpillars feasting on the leaves of parsley plants. They damage they cause is minimal, and the resulting butterflies are certainly worth losing a few parsley leaves.

Should the plants happen to overwinter and form flowers the following growing season, you’ll find the blooms alive with pollinators and beneficial insects. As a member of the carrot family, parsley is an excellent nectar source for a broad diversity of native bees, ladybugs, lacewings and other good bugs.