Flat peaches, or Saturn peaches, are becoming more popular, but not for reasons you might think. 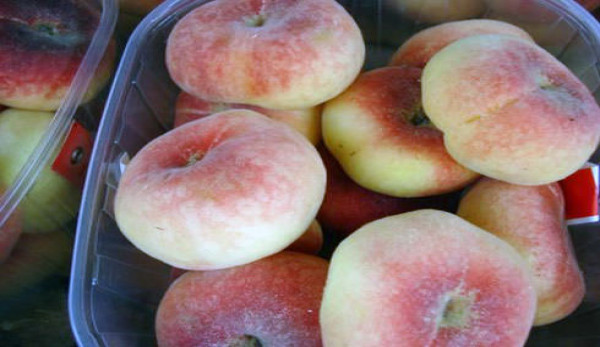 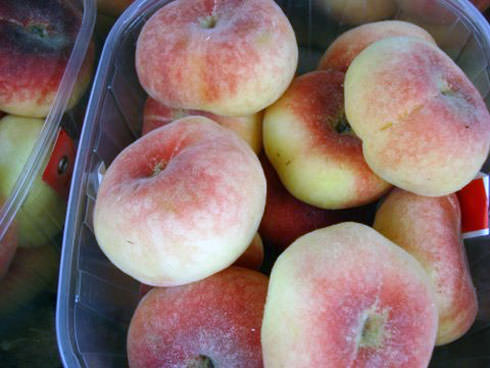 The flat peaches, or Saturn peaches, that have appeared on the market in the last decade or so arenâ€™t just a new variety; they may also be the savior that rescues the peach industry. Two of the biggest problems with peaches have always been: 1.They are too juicy, and eating them can be a big mess, and 2. They are among the most perishable of all fresh fruits. Almost every peach farmer has a funny story about a big bunch of peaches that disintegrated on their way to market.

The peach industry in the United States has been experiencing a steady decline for the past 30 years, as acreage and national production continues to diminish. Itâ€™s not just that peaches grown in China are so much less expensive; itâ€™s also the fact that American consumers are simply eating less fresh peaches these days. Processing peaches, which have a more flexible harvest regimen, are doing pretty well. Fresh table peaches are diminishing in numbers almost every year.

A few years ago, flat peaches, from China, arrived via the Rutgers Tree Station in New Jersey. Stark Broâ€™s Nursery held the exclusive patent. When the patent rights lapsed around 1986, the proliferation of flat peaches in the U.S. and Europe began.

The reason we are now seeing the “newâ€ť flat peaches is not because itâ€™s a newly bred peach, but more because these peaches are the branches of a breeding program started by Chinese emperors several hundred years ago.

Now, the consumption of flat peaches is rising every season. Customers are enthusiastic about the fresh, flat, table peaches; home gardeners are starting to discover that the trees are particularly prolific, and commercial farmers have bred new varieties and planted large acreages. Weâ€™ll watch over the course of the next 25 years as the flat peach becomes the favorite peach of home gardeners, small farmers, commercial growers and market consumers. I think it will come to represent 75 percent of the newly reinvigorated fresh peach market. At least thatâ€™s my opinion.

For those interested in whatâ€™s the cutting edge in all peach cultivation, Iâ€™d say drip irrigation, less water and less nitrogen use, nutritive no-mow understory cover-crop maintenance, and mechanical bloom and green-fruit thinning and other practices that increase fruit size.