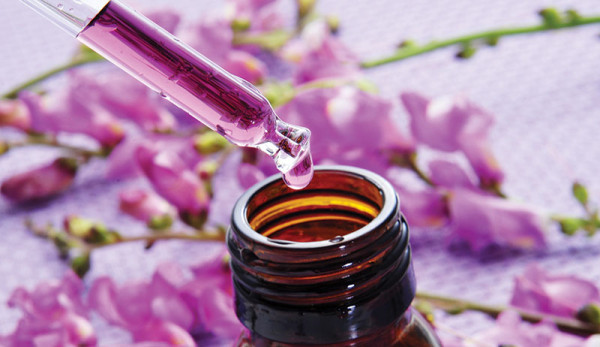 The flower essences movement began in 1930, when Edward Bach, a prominent English homeopathic physician and bacteriologist, walked away from his thriving practice to develop a new healing system. Bach sensed vast, untapped healing energies coursing through flowers, energies that could be extracted through a process he devised.

Between 1930 and 1936, Bach lived in various parts of rural Britain, testing local flowers and perfecting his new medicines. In all, he created and proved 38 Bach flower essences, or remedies, and a five-flower blend he named Rescue Remedy, many of which can be used on your chickens.

Petal to the Mettle

Bach Flower Remedies are still manufactured across the world and are marketed as natural, nontoxic, self-chosen, self-administered, over-the-counter remedies. Itās impossible to overdose using flower essences. They cause no side effects. Theyāre inexpensive. And, according to many, theyāre surprisingly effective.

What isnāt simple is explaining why they work. Practitioners say that water has the ability to hold an etheric imprint of a flowerās vital life force energy and that each species emits a different energy. This life force, they say, the active ingredient in flower essences, has the ability to alter faulty mental and emotional states and physical symptoms caused by stress.

Is it New Age mystical gobbledygook? Depending on your viewpoint, maybe so. Buy a bottle of Bach Rescue Remedy, and see for yourself. For the next few weeks, whenever youāre stressed, drop two drops under your tongue. See how you feel 15 or 20 minutes later.

The same flower essences are used in the same dosages for treating the same quirks, foibles, behavior problems and emotion-based illnesses displayed by any animal, including humans and chickens. To choose which remedies to use, consult a dosing reference; buy a book or check out a reputable website online. If you arenāt intuitive, read the descriptions and choose whichever essences sound best for you or your birds. If you are intuitive, honor your hunches. Select two to five (no more) single essences to combine. Note: In mixtures, Rescue Remedy counts as a single essence.

You can purchase flower essences at vitamin shops, food co-ops and some pharmacies, or order them directly from manufacturers and distributors. The bottles are tiny. Bach remedies come in 1ā 8- and 1ā 4-ounce glass dropper bottles. A 1ā 4-ounce bottle holds 175 drops, so at two to four drops per dose, they go a long way. Stored in a cool, dark place, away from electromagnetic devices such as television sets, microwave ovens and computers, commercially prepared tinctures remain potent for decades.

From these single essence stock bottles, youāll need to make a dosage bottle. To do that, youāll need a brown, amber or blue, 1-ounce dropper bottle, which you can purchase from a local pharmacy or online from a flower essence supplier; you can also simply reuse an empty, sterilized herbal tincture bottle. Youāll also need a small, sanitizable funnel; brandy, liquid vegetable glycerin or cider vinegar; and spring, distilled or bottled water ā just not straight out of the tap.

To sterilize your dropper bottle, remove the cap and boil it with the bottle and funnel in a glass or enamel-coated pan for 10 minutes. Drain and allow everything to air dry on a clean paper towel.

To prepare the dosage bottle, drop two to four drops of each essence into the clean, dry dosage bottle. Fill it nearly to the brim with water. Add 1 tablespoon of brandy, cider vinegar or glycerin as a preservative. Cap the bottle, and then hammer the bottle against your palm about 100 times to mix it up. Thatās it.

A standard dose is two to four drops from the dosage bottle, given four times a day. Most bird owners recommend two drops. Essences can be administered much more frequently, even minutes apart, to address emergencies. Giving more drops at a time doesnāt increase the medicineās potency nor does adding more drops of stock bottle essence to the dosage bottle; just administer the standard essence more frequently.

Flower essences work quickly when administered as first aid in emergency situations, such as when a chicken has been mauled by a dog and left stunned and battered. For chronic problems, flower essences are generally given no more than five days in a row. If an essence or combination of essences hasnāt worked in that amount of time, theyāre probably the wrong essences.

There are several ways to dose a chicken.

Not all of the 38 Bach remedies apply to chicken maladies, but many do. First and foremost is Rescue Remedy, sold under slightly different names by other manufacturers but always a combination of cherry plum, clematis, impatiens, rockrose and star of Bethlehem. Bach created Rescue Remedy to deal with emergencies and crises, when there is no time to stop and select individual remedies. Itās recommended for shock or trauma of any kind and is known to help wounds heal more quickly. Itās said to help egg-bound hens relax and pass stuck eggs.

Here are some of the other popular Bach flower remedies and their indications.

If you investigate only one natural healing modality for yourself, your family, your pets or your chickens, make it flower essences. The system is easy to learn, and with flower essences, you can do no harm. Get a bottle of Rescue Remedy, and use it a few drops at a time direct from the stock bottle. Try it when youāre nervous, when your dog trembles during thunderstorms or the flock pecks your favorite, but low-in-the-pecking-order, hen. You might be surprised.

In 2007, Complementary Health Practice Review published the results of a double-blind clinical trial of Rescue Remedy conducted by researchers at the Miami School of Nursing in conjunction with The Sirkin Creative Living Center. Researchers gave 111 individuals between the ages of 18 and 49 a standard dose of Rescue Remedy or a placebo, administering the Spielberger State-Trait Anxiety Inventory, a standard means to evaluate anxiety, before and after the use of Rescue Remedy or a placebo. Their findings: “Statistical analyses indicated that only the high-state anxiety treatment subgroup demonstrated a statistically significant difference between pretest and posttest scores. The results suggest that BFE Rescue Remedy may be effective in reducing high levels of situational anxiety.”

The information in the Holistic Henhouse column is not intended or implied to be a substitute for professional veterinarian advice, diagnosis or treatment. Natural and holistic care has its place in the coop, but don’t forget about your vet. There may be times when the care you are administering just doesn’t seem to be working and you should consult a professional.