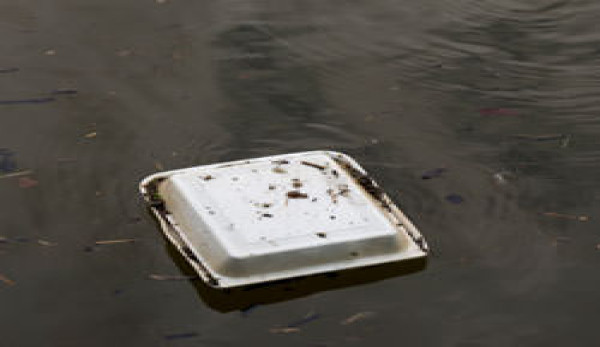 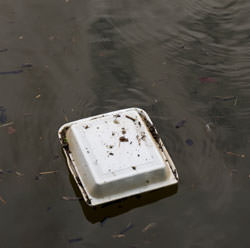 SB 568 bans all polystyrene foam food containers in the next five years.

Restaurants and other businesses in California will have to stop using polystyrene foam food containers in the next five years under legislation approved by the state Senate (SB 568).

Sen. Alan Lowenthal (D-Long Beach) says the foam containers are often used for just minutes by fast-food customers but, because they do not decompose quickly, end up lingering for years in landfills, storm drains and ocean waters.

“SB 568 would help protect the environment, create green jobs and save taxpayers millions of dollars in clean-up costs,” Lowenthal says.

Most Republican senators who oppose the measure say SB 568 will hurt businesses and drive up prices for consumers if more expensive alternative containers are required. Food vendors in school districts or local governments with styrofoam recycling programs that meet or exceed a 60 percent recycling rate are exempt.

“This one is going to cost money,” says Sen. Tom Berryhill (R-Modesto). “This bill will limit consumer choice.”

The California Restaurant Assn., California Chamber of Commerce and American Chemistry Council also oppose the measure. These opposing groups say the foam is the best material for food packaging because it is inexpensive, lightweight and effective in keeping food warm or cold.

Supporters said the foam containers represent about 15 percent of litter. Nearly 50 cities and other jurisdictions in California have already banned them.