Photo by Audrey Pavia My hens like to lay their eggs where I can’t reach them. Sometimes I feel like there is a conspiracy going on in my barnyard. At the risk of sounding paranoid, I occasionally sense that my critters get together behind my back and try to figure out ways to make my […] 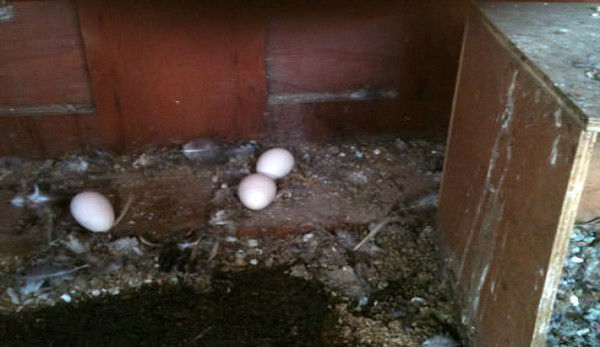 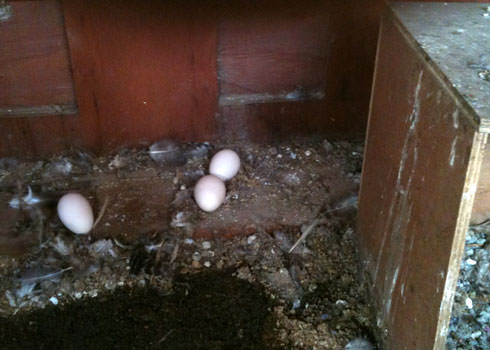 My hens like to lay their eggs where I can’t reach them.

Sometimes I feel like there is a conspiracy going on in my barnyard. At the risk of sounding paranoid, I occasionally sense that my critters get together behind my back and try to figure out ways to make my chores more difficult.

Take my chickens. They have a 1/2 acre to poop wherever they want, but they do most of it on the walkway between my patio and the horse area. If Iâ€™m carrying hay or am otherwise distracted, I step in it. If itâ€™s fresh, my foot slides out from under me and I almost go down. After cursing to myself, I have to stop what Iâ€™m doing to hose down the walkway.

Another favorite pastime of my hens is to lay their eggs outside of the nest box at the back of the coop where I canâ€™t reach them. After contorting myself into all kinds of positions and failing miserably to get my hands on the eggs, I end up having to get a bamboo rake and carefully roll them toward me where I can reach them.Â

While the chickens are good at making my life difficult, no one can top Rio. He has turned making my chores harder than they have to be into an art.

When I let him out of his stall to wander around the back area while Iâ€™m cleaning it, Rio is at his finest. The other day, he went on a destruction spree that had me pulling my hair out.Â

First, he went to the garden hose I use to fill up the water troughs. He grabbed the nozzle in his mouth and began to chomp on it. â€śRio!â€ť I screeched at him from his stall, a load of manure on my rake. He turned and looked at me and continued to chomp. It wasnâ€™t until I dropped the rake and started to walk toward him that he dropped it and took off running.Â

His next mission was to tip over the manure bin I was in the process of filling. No matter how many times I yelled at him to stop, he would just eyeball me as he held onto the edge and pulled back on the bin. Again, I had to drop my manure rake and go after him to get him to stop.

I finally decided he needed to go back to his stall when I let Red out to wander, and Rio made a beeline for him. He tried to climb onto Redâ€™s back, which prompted Red to fire off a kick at him. Thatâ€™s when I knew it was time for Mr. Obnoxious to go back into solitary confinement.

With all these shenanigans going on, Iâ€™m never bored while doing my chores. I guess thatâ€™s a good thing.