A quarter of Americans living in food deserts live in rural areas, but small-scale farmers can help. 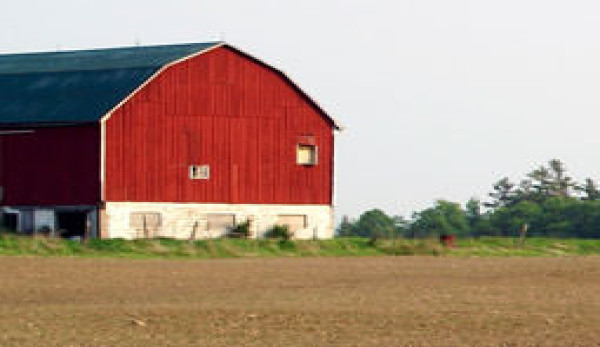 We often think of rural America as the land of plenty, where resources are at our disposal to feed our country-dwelling populations. Recent research says we need to think again.

“Food desertsŌĆØŌĆöthe catchphrase championed by urban-farming and hunger-relief groups across the nationŌĆöarenŌĆÖt just a problem for city folk. According to data collected by the USDAŌĆÖs Economic Research Service, about one in four Americans living in established food deserts are in rural areas.

“Unfortunately, ŌĆśfood desertsŌĆÖ is a catchy but rather nebulous term that is not clearly defined across the board with any certainty,ŌĆØ says Shannon Traeger, spokesperson for Feeding America, the largest domestic hunger-relief orginization in the U.S.

To the USDA, a food desert means that a person in a rural area lives more than 10 miles from the closest grocery store or supermarket. The agency mapped out “food-desert tractsŌĆØ based on census data; however, not everyone living in a food-desert tract necessarily has low access to foodŌĆöand low access is key to understanding AmericaŌĆÖs hungry populations.

In rural areas, a number of factors could play into why a person canŌĆÖt access food, Traeger says, including food costs, lack of reliable transportation, and lack of appropriate cooking or food-storage facilities. For small-scale farmers wanting to help alleviate hunger where they live, thereŌĆÖs no easy solution.

“As food insecurity looks different from county to county, so do the solutions,ŌĆØ Traeger says. “The best way to help people facing hunger is to understand who is hungry and why they are hungry at the community level.ŌĆØ

In southeastern Ohio, where the poverty rate is the highest in the state, citizen-action group Rural Action has found success working with local farmers to establish a local food system that benefits the community, the environment and the economyŌĆöaka the triple bottom line for sustainability.┬Ā

Through the Chesterfield Produce Auction alone, Rural Action has increased food distribution from local farmers by more than 100 percent throughout the regionŌĆÖs food deserts. Established in 2009 in rural Ross County, where the poverty rate is more than 17 percent, the auction is, in effect, using the wholesale model to give rural retailers easier, more affordable access to fresh, local foods.

“People in rural areas get their food from places other than a grocery store,ŌĆØ says Tom Redfern, Rural ActionŌĆÖs sustainable agriculture coordinator. “For example, there are resellers who purchase food [from the auction] and resell it at farm stands in rural areas.ŌĆØ

In addition to the auction, Rural Action operates a┬Ālocal-food website to connect growers with retail outlets and runs Country Fresh Stop, which provides refrigerators and education to small-scale retailers in the region who want to sell more fresh fruits and vegetables.

While not every county across the nation has a group that will tackle the food-desert problem the same way Rural Action has, small-scale farmers in all 50 states are investing in feeding their local communities, and you can, too. Explore the work being done in your area through Feeding AmericaŌĆÖs National Produce Program,┬ĀFair Food NetworkŌĆÖs Fair Food List┬Ā and the USDAŌĆÖs Food Desert Success Stories.