Food for Thought: NAIS–Heating Up 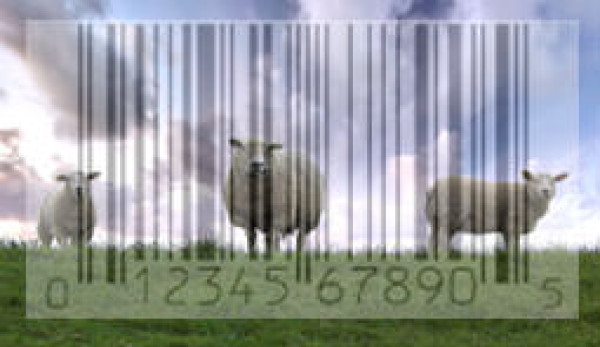 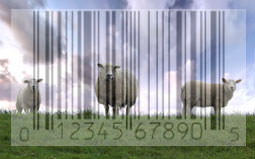 Since NAIS is of great concern to large- and small-scale farmers and ranchers as well as backyard livestock owners, I decided this monthās āFood for Thoughtā column should be dedicated to the topic.

Rather than interview an author or documentary producer as I usually do in this venue, I turned to Ann Wells, DVM, of Praire Grove, Ark.

Although weāve never met in person, Iāve become virtual friends and colleagues with Dr. Wells over the last decade or so. Sheās not only a shepherd, but also one of the leading small-ruminant (sheep and goats) consulting veterinarians in the country, and she served for nine years as a livestock specialist at whatās now known as the National Sustainable Agriculture Information Service.

I chose Dr. Wells because I know she has a strong and balanced view on NAISāboth the benefits and the problems.

A Recap
NAIS was proposed under a draft plan released by the USDA in 2004.

The plan proposed registration of all livestock āpremises,ā from farms to backyards, or anyplace where livestock animals are keptāfrom a single horse or a single chicken in suburbia to giant feedlots and poultry houses containing thousands of animals.

It also called for the use of Radio Frequency IDs (RFID) or injectable transponders to track individual animals, with the information kept in a national database for tracking all animal movements.

USDAās justification for NAIS is that it will help protect the health and economic well-being of the countryās livestock and poultry by enabling efficient tracing of an animal disease to its source.

However, the program development was backed in part by an industry-led group that counts among its members some of the biggest corporate players in United States meat production (for example, National Pork Producers, Monsanto and Cargill Meat), manufacturers and marketers of high-tech animal-identification equipment, and industrial farms.

One area of the plan that has caused much controversy is a giant loophole: The corporate farms could get a single identification number for all of the animals on their premises, whereas we small, diversified producers need to register each and every animal.

To say the least, the program, which was billed as voluntary, has been extremely controversial with many farmers, ranchers and backyard livestock owners, many of whom are refusing to voluntarily sign up. Thus, Vilsack brought forth the comment about making the program mandatory, and a new round of heated debate erupted.

NAIS Pluses and Minuses
Dr. Wells says, in theory, the upside of the NAIS āwould help to more quickly locate herds or flocks of animals that were exposed to a potentially life-threatening or economically threatening disease. I tend to think of things like avian flu and foot-and-mouth disease but probably mad cow as well.ā

NAIS, it turns out, probably wouldnāt stop disease outbreaks (something I think most of us would support), but in truth, no one really knows.

āThere isnāt really strong scientific evidenceāno studies or modelsāsuggesting how effective this could be, so are we spending hundreds of millions for something that may not be effective,ā Dr. Wells explains. āThat is a point that needs to be made to Congress. I think the Congress members who funded this probably just thought it would be easy to ID every premise and every animal, but there are giant challenges.

āAnyone who raises animals realizes that if thereās a way to lose a tag, animals will do it. Lost tags would have to be replaced with tags that bear the same ID number. No one knows how much that will cost.

āAlso, you have data overload. There would be trillions of bits of information, and no one has tested how tracing back that information would work in an actual outbreak.

An NAISĀ Alternative?
As currently proposed, NAIS obviously has shortcomings, but there must be other solutions to developing a system of protecting human health and the economic vitality of the livestock industry.

Some of the suggestions we discussed include:

With a vested interest in the outcome of the NAIS program, livestock owners need to actively participate in USDA listening sessions.

āWe little people really can be heard if we deliver a uniform and consistent message,ā says Dr. Wells.

About the Author: Carol Ekarius is an HF contributing editor and author of Hobby Farm: Living Your Rural Dream for Pleasure and Profit (BowTie Press, 2005).