Farmers have found success marketing their products through food hubs, according to a recently released survey. 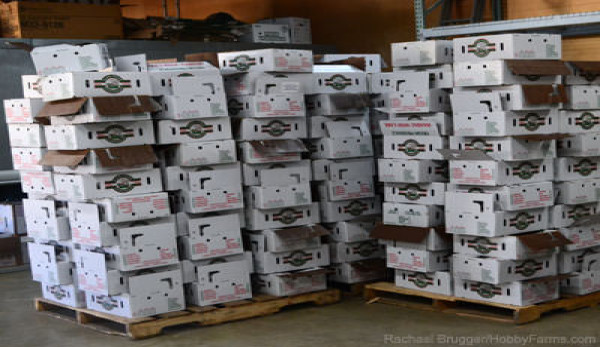 As a small-scale farmer, diversity in your marketing strategy can be just as important as having it in the products you grow, raise or make. If you‚Äôve worked your tail off at¬†farmers‚Äô markets and your¬†community-supported agriculture operation but you‚Äôre still reaching for more customers, it might be time to scope out another emerging marketing opportunity in your region.

Food hubs might very well be the future of food distribution‚ÄĒand the hobby farmer‚Äôs in to a high-demand local-food market‚ÄĒaccording to the 2013 National Food Hub Survey, a study of more than 100 U.S. food hubs conducted by the Michigan State University Center for Regional Food Systems and the Wallace Center at Winrock International. As mission-driven food aggregators and distributors,¬†food hubs are increasingly connecting rural producers with urban demand for locally grown foods.

As part of a food hub, producers combine their wares with others in their region and sell through one system. Through this method, they‚Äôre increasingly finding success. The food hub is a fairly new concept that has been gaining momentum over the past 10 years, and there‚Äôs no cookie-cutter strategy to how they operate. They appear as both for-profit and nonprofit business models, target different customer bases, and offer a diversity of services.

One thing that seems to be clear, though, is that food hubs are an excellent way for small-scale farmers to get their products into the hands of eager customers, including those who could be difficult to target alone, such as caterers, bakers and restaurants.

According to the study, more than 76 percent of the food distributed by food hubs and 60 percent of the profits they generated came from small- to mid-sized producers, and the numbers in both areas are growing, meaning more opportunities for your farm business. Food hubs also tend to support sustainably minded producers. Of those surveyed, food hubs‚Äô top-three requirements for producers were antibiotic-free, chemical-free, and free-range or pasture-raised products, while their top-three producer preferences were those who practiced organic methods (not necessarily certified), were Good Agricultural Practices (GAP) certified, and were chemical-free or grassfed. Farmers selling through food hubs also tended to have extended growing seasons and more diversified products.

While there‚Äôs still a lot to learn about the state of food hubs in the U.S. and a lot of challenges to overcome (No. 1 being how to manage growth), it‚Äôs becoming increasingly clear that food hubs offer a viable way for farmers to cooperatively and efficiently reach new customers.

For more detailed findings from the 2013 National Food Hub Survey.

One reply on “Food Hubs: The Farm Marketing Frontier”

[…] traditional food hub model specializes mainly in aggregation and distribution. According to the USDA, ‚Äúfood hubs make it […]