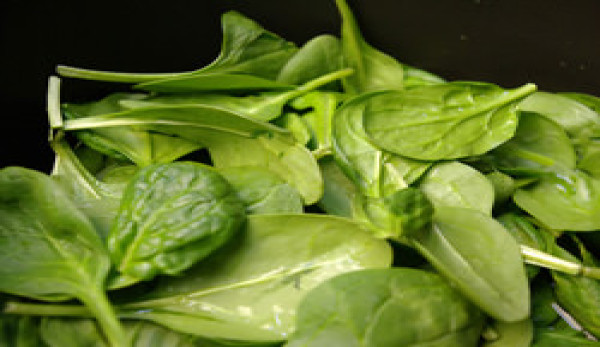 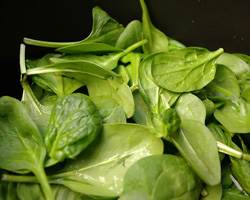 The Food Safety Modernization Act was prompted by the nation’s food recalls to basic staples, like spinach.

Just when you think politics and life on Capitol Hill might take a lame-duck session lull, the Food Safety Modernization Act (S.B. 510) adds some heated spice as the Senate begins debates on this bill today. The controversial legislation potentially affects all players in the agricultural system, so S.B. 510 warrants scrutiny and involvement, especially from small-scale growers from both rural and urban areas.
┬Ā
LetŌĆÖs start with the core ingredients behind the Food Safety Modernization Act that everyone, in theory, agrees on: the fundamental right of all Americans to eat safe food and the need for improving checkpoints to achieve this.┬Ā

While the concept seems simple and fundamental, when you start formulating the ŌĆ£howŌĆØ behind ensuring such rights, things overflow in complexity and controversy. Over the past century, we evolved from a nation of farmers to an industrialized food system intricate in layers and players. As Americans, we leaped from a country where the majority of us regularly ate whatŌĆÖs now known as the ŌĆ£100-mile dietŌĆØ to one where we canŌĆÖt pronounce names on a soup canŌĆÖs ingredient list, much less know where they came from.┬Ā

The current corporate agricultural system inherently increases risk in the food supply, and in many ways, the Food Safety Modernization Act is playing catch-up. It aims to regulate and control the nationŌĆÖs food supply and the industrial-rooted problems created over the past 100 years.

Prompted by public outcry on recalls of basic kitchen staples like eggs, spinach and peanut butter, Senator Dick Durbin (D-Ill.) first introduced the bill in March 2009. The core legislation goal is to increase the power of the Food and Drug Administration to better monitor and prevent food-borne disease outbreaks, increasing the ability of the FDA to trace problems back to the source and holding those parties responsible.

While such general intents may sound reasonable, S.B. 510 has the potential to aversely affect small farms, including urban operations, because of a ŌĆ£one size fits allŌĆØ legislative approach. By forcing growers of all sizes and locations to adhere to the same regulations, small operations wonŌĆÖt be able to afford the associated costs, paperwork and time commitment.

To address these concerns, small farm and sustainable-agriculture advocacy organizations like NSAC are championing two amendments that will be offered when S.B. 510 hits the Senate floor:

Urban farmers should look for updates and implications of the Food Safety Modernization Act as it comes to a vote in the next few weeks.

A national advocate for women in sustainable agriculture, Lisa Kivirist founded and leads the Rural WomenŌĆÖs Project of the Midwest Organic Sustainable Education Service and is a senior fellow, endowed chair in agricultural systems at the Minnesota Institute for Sustainable Agriculture at the University of Minnesota. She is the author of Soil Sisters: A Toolkit for Women Farmers, as well as co-author of Homemade for Sale, Farmstead Chef, ECOpreneuring and Rural Renaissance. Lisa and her family run Inn Serendipity Farm and Bed & Breakfast, a diverse farm operation in Wisconsin completely powered by the wind and the sun.