5 Medicinal Roots to Forage This Fall

As the weather turns cooler with fall, it’s time to look below ground for the season’s foraged treasures. 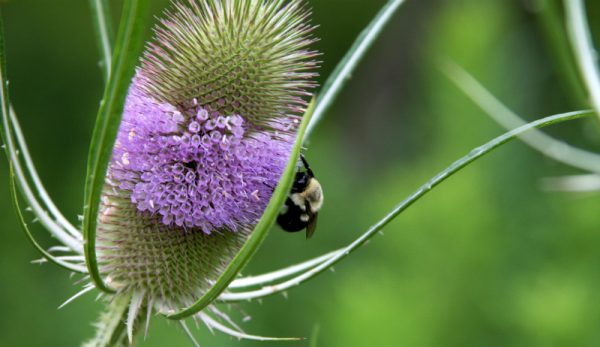 As summer winds down and a golden hue washes over the landscape, foragers and herbalists set their sights below ground. Fall is the time to harvest roots. This is the time of year that plants focus their energy downward, no longer putting effort into the leaves and flowers that will soon succumb to cold weather but instead into the roots that allow them to continue future propagation. This redistribution of energy is our clue to look to the roots as the most beneficial parts of the plant in terms of nutritional and medicinal benefits.

Fall foraging for medicinal roots can be tricky, as showy flowers don’t necessarily direct you to the harvest. As you set out on a fall hike, make sure you’re confident in your plant identification before you dig. Take along a trusty field guide or two, or harvest with an expert forager.

Here are some plants with roots you can use for medicinal purposes to look out for on your fall journey.

Like many of the plants whose roots are harvested for their medicinal properties, teasel (pictured above) is a biennial, meaning it has a two-year lifespan. However, you want to harvest the root after the first frost in the plant’s first year, before the plant sends up its tall flower stalks. While the plant isn’t commonly used in western herbalism, if you consult herbal literature, you’ll find many medicinal uses for it. It has gained particular interest in areas where Lyme disease cases are increasing. Teasel is an introduced species and considered a noxious weed in several states, so harvest away.

Ironweed is a beautiful native perennial whose purple blossoms stand in striking contrast to the golden hues of fall. Harvest its medicinal roots after the first frost, once flower heads turn brown.

There are more than 100 species of goldenrod across the U.S. The most common species sought for medicinal purposes is Solidago canadensis, though the roots of other species can be substituted. Contrary to popular belief, goldenrod is probably not the cause of your hay fever. While the flowers and leaves are most commonly collected in fall, its root shouldn’t be overlooked during this time either.

Valerian is a well known and powerful sedative. While the European variety, Valariana officinalis, is most commonly used and discussed in herbal literature, there is a native variety, Valeriana sitchensis, that can also be used and is purported to have even stronger medicinal action. That’s the variety we’ll talk about here. The roots of the first-year plant should be harvested for medicinal use in fall, after the first frost of the season.

Solomon’s seal is a plant in the lily family that grows through a network of rhizomes. It’s a rare woodland plant, most often seen in ornamental gardens. The plant will spread, albeit slowly, so be judicious when harvesting. Harvest the rhizomes after the berries drop in fall.