An unseasonably warm spring means the early onset of forage maturity, bringing with it the early instances of cattle bloat. 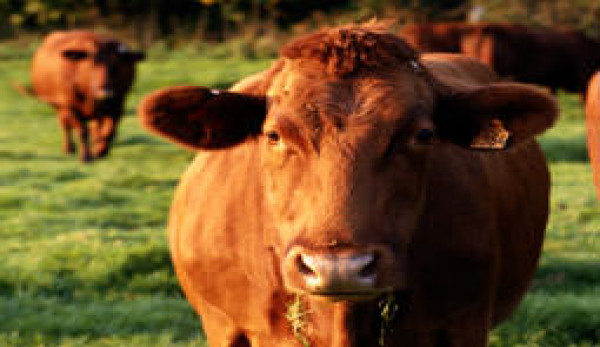 While the past winterâ€™s unseasonably warm temperatures seemed like a blessing to people across the country, now that spring has arrived, farmers must cope with the effects of the weather-pattern change. In addition to the early arrival and more constant presence of crop pests, farmers must be prepared for early maturity of field grasses and grains as well as the early onset of related livestock illness.

According to Ray Smith, extension forage specialist in the University of Kentucky College of Agriculture, many forage grasses and small grains used for forages reached maturity two to three weeks ahead of scheduleâ€”the earliest heâ€™s seen in his seven years with the extension. This presents some concerns for farmers throughout Kentucky.

Small grains, like wheat, rye and barley, are cut for high-quality silage used to feed dairy cattle. Producers harvest them at the late-boot stage to get the highest quality. Much of the wheat used for silage could reach this stage by mid-April in Kentucky.

Perhaps related, the state has already experienced seven cases of cattle bloat, all of which arrived about 20 days ahead of schedule, according to Craig Carter, lab director at UKâ€™s Veterinary Diagnostic Lab. Bloat, or frothy bloat, is a life-threatening disease in cattle that can occur when animals ingest young, vegetative legumes. The most common legume grazed in Kentucky is white clover, but cattle can also get bloat from grazing alfalfa and red clover.

Legumes, which are high in soluble protein, can cause the formation of a slime-like substance that traps gasses in the cattleâ€™s rumen. Being unable to expel gas can cause the animalâ€™s rumen to stretch. As pressure increases, breathing is affected, which can lead to death from suffocation. Cattle can die from bloat as quickly as an hour after grazing begins, but more commonly, death occurs after two to three days of grazing on a bloat-producing pasture.

The main symptom of bloat is a swollen left abdomen. Other symptoms include repetitive standing up and lying down, kicking at the belly, frequent defecation and urination, grunting, and extension of the neck and head. If untreated, the animal will collapse and die within three to four hours after symptoms appear.