Sometimes farm animals ingest things they shouldn't. Here's an overview of foreign bodies that can wind up in their guts and tips for preventing it. 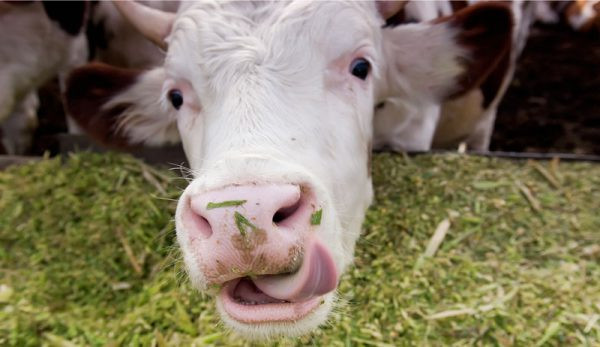 Farm animals sometimes get into digestive doozies by accidentally eating something they shouldn’t. And they can occasionally be exposed to environmental aspects that impact their gut.

As we know, sometimes things on the farm fall where they shouldn’tāwho hasn’t found a loose screw or wire somewhere in the mud?

When bits of hardware fall into large bunk feeders, they can be slurped up unknowingly by cattle (particularly dairy cattle) as they eat their mealtime grain.

Because of the anatomy and physical location of a cow’s four-chambered stomach, heavy items like bolts, nails and wire, if swallowed, tend to sit in the reticulum. Depending on the size, shape and number of these metal objects, they can begin to pierce the reticulum, perhaps even coming out the other side and irritating the heart.

As you can imagine, this is painful. The cow may hunch her back, grunt or go off feed. This condition is known as hardware disease.

What do you do with a cow that has swallowed a nail? Give her a magnet.

Seriously. Some magnets (called cow magnets) are purposely made for this. Using the same device you’d use for giving large tablets orally (called a balling gun), these long, round magnets wind their way to the reticulum, where they sit and grab at metal objects to keep them from penetrating the cow’s stomach.

You might not guess that farm animals get hairballs in their stomachs, but they can.

Medically termed trichobezoars, these foreign bodies occasionally develop in cattle and goats from grooming. They are hardly ever a health issue, unlike hairballs in cats, and remain inert in the digestive tract until found unexpectedly on necropsy.

Hairballs can get quite large, too. I saw one in vet school the size of a cantaloupe. They tend to be round and very lightweight, completely unlike the slimy, gross surprises you find in your carpet after your cat leaves you a middle-of-the-night present.

Made like an oyster makes a pearl, these hard, mineral-laced “stones” form when a horse ingests a small piece of rock or twine. When this object sits in the gut, mineral deposits calcify over it, layer after layer.

Researchers aren’t sure about the exact mechanics. Some horses may have dozens of tiny enteroliths, while others may form a single large one. Likewise, some horses live their entire lives with these and have no problems; other horses will have recurrent bouts of colic.

Horses can pass these enteroliths in their manure without a problem. However, they sometimes get lodged in the narrow windy passage of the lower gut and cause an impaction. The only treatment for this is removal during colic surgery.

An Ounce of Prevention

And what about that can-eating goat?

If living in a polluted environment, especially one devoid of nutritionally robust grazing opportunities, goats will absolutely munch on things they should not. Necropsies of goats exhibiting signs of painful abdomens and bloat often turn up plastics and other trash within.

This appetite for non-food items is known as pica. Nutritional deficiencies are usually to blame, and pica isn’t limited to just goatsāother livestock species are affected, too.

What can you do to keep your animals’ stomachs clear of unwanted items? Clear your barns and pastures of refuse, and make sure your animals are on a high plain of nutrition. These two simple habits will go a long way toward preventing foreign bodies appearing in your farm animals.