A new report reveals that the air at factory farms is anything but fresh. 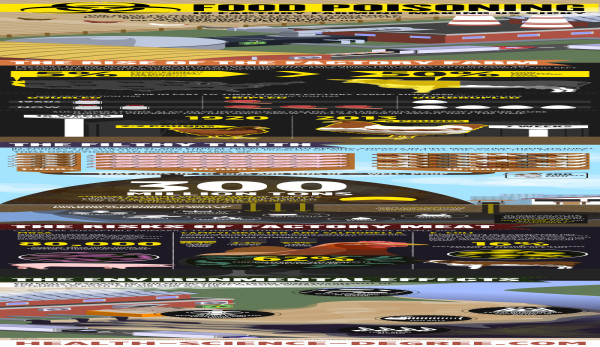 When it comes to air pollution, big cities are often in the spotlight. Itâ€™s not just the factories in Detroit and the taxis in New York that are to blame for poor air quality. AÂ report found that the air at concentrated animal feeding operations (CAFOs) is often dirtier than the most polluted cities in the United States.

According to the findings, 11 of the sites in the study emitted more than 100 pounds of ammonia on an average dayâ€”an amount that would trigger EPA pollution-reporting requirements in non-livestock industries; six of the farms released fine-particle pollution that was much higher than the federal 24-hour exposure limit; and data suggested that hydrogen-sulfide emissions exceeded 100 pounds per day at several large hog and dairy CAFOs, which must be reported under federal right-to-know laws applied to other industries.
Â
“No other industry in the country would be allowed to pollute at these levels without triggering EPA emissions reporting laws that have applied to other large industries for decades,â€ť explains Tarah Heinzen, an attorney with the Environmental Integrity Project, a nonpartisan, nonprofit organization that advocates the effective enforcement of environmental laws.

According to Heinzen, when EPA made the data public earlier this year, it provided no context about its meaning. EIP decided to analyze the data, comparing air pollution levels at CAFOs with established health standards and reporting rules. Their report “Hazardous Pollution from Factory Farms: An Analysis of EPAâ€™s National Air Emissions Monitoring Study Dataâ€ť was released in March.

Although EIP was not involved in the collection of the data, Heinzen believes that researchers used the EPA definition of CAFOâ€”feed lots or facilities where animals are confined and fed for a total of 45 days in a 12-month period and waste is discharged to a river, lake or streamâ€”to choose farms to include in the study, though this was not confirmed. She also believes that researchers selected a cross-section of operations that were meant to serve as a representative sample for research purposes.
Â
Although the data showed that CAFOs are significant sources of pollution, these large-scale operations are not subject to the same environmental regulations as other agencies thanks to a deal that was brokered by the Bush administration in 2008, exempting CAFOs from federal pollution reporting rules. EIP hopes their analysis will lead the EPA to overturn this ruling.

“We believe that certain actions the [EPA] had taken were completely illegal and not based in sound science,â€ť Heinzen explains. “We hope the EPA acts to protect public health and starts to regulate CAFOs as large industries that are so different from small family farms.â€ť

In the report, EIP recommends several steps to remedy CAFO pollution problems, including establishing an independent committee to oversee the emission-estimating methodology process and drafting regulations necessary to use the Clean Air Act to protect public health from ammonia, volatile organic compounds and other factory-farm pollution.

Heinzen is not aware of plans to conduct future studies using non-CAFO farms. Similarly, there is no push for legislation requiring small-scale farms to follow the same EPA emissions reporting guidelines that EIP believes should be mandatory for factory farms.