Pursuing earned media is a simple, no-cost way to promote your farm's services and products. Here are some tips for getting the word out. 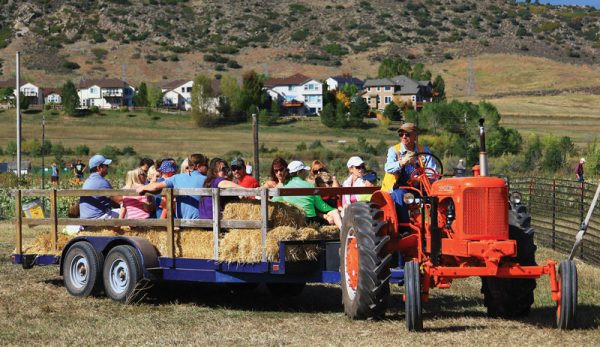 Whether you’re just starting out or you’ve operated your farm business for a while, generating “earned” media can net new customers, more sales and increased attention.

Unlike paid advertising, earned media is free, editorial content. Some examples include newspaper or magazine articles and radio or television stories. These media types have a wide reach, and they’re often considered to be more credible than paid messaging.

But just how do you get on the radar of reporters, editors or producers? Soapy Soap Co. co-founders Anthony Duncan and brothers Mohammed A. and Mohammed M. Mahdi figured it out as they went along with their personal-care manufacturing business located in Bloomington, Indiana.

“When we first started and we were doing local farmers markets and craft shows, we weren’t really focusing on [earned] media,” Duncan says. “We were focusing on making good products and communicating directly with our customers.”

Learn how to build your farm’s brand through social media.

“With business, some people think, ‘If you build a good product, customers will come.’ But that’s not exactly true,” he says. “And the idea that, ‘If you have something interesting going on, the media will come,’ also isn’t exactly true.”

Occasionally, The Mad Optimist offers hands-on workshops. But early on they did little more than add their event notices to free, online calendars to get the word out.

After a local newspaper reporter took notice and featured them in an article, the exposure—and orders—that followed helped to persuade the soap makers to more actively seek media coverage.

“Anyone can send press releases to local publications, and they should,” Duncan says. Local newspapers, magazines and even podcasts and locally focused blogs are some low-hanging fruit.

Make a list of all of these possible outlets—right down to the correct spelling of specific editors’ names. If you are not sure who handles what, call the publication’s main switchboard. Ask which editor would be most likely to field pitches on small business, farming, beekeeping or whatever the relevant topic may be.

Now make a list of what kinds of stories you could pitch and when they might be most timely.

Once you know which media outlets and editors you hope to target with your story idea, you can put together a simple press release. It should be concise, compelling and easy to understand.

To make sure you include the basics, write out answers for the five Ws—who, what, when, where and why—associated with the story you’re pitching. (If it applies, you might also write out an answer for the “how” behind your particular story.)

Next, think about your intended audience. What are they most likely to care about? Keep in mind, what might be most important to you, might not be the most important—or interesting—element for readers.

Consider which aspects of your story matter most right now and order your answers to the five Ws accordingly. Add in any missing details as needed.

If you like, include some quotes in your press release. Sometimes, a busy reporter will use your quotes as-is. Often, however, they’ll want to conduct their own interviews with you.

To help facilitate this, be sure to include an up-to-date email address and phone number. And if you are contacted?

“Quickly reply back,” Duncan says. “That’s important. And give them all the information they need.”

Ready to get into agrotourism? Consider starting a pumpkin patch.

Want to go above and beyond a brief press release?

“The simplest and smartest thing to do is put together a media kit detailing what your farm does,” says Rodger Roeser, chief executive officer of The Eisen Agency, a public relations firm based in Cincinnati, Ohio.

That means spelling out what you provide and showcasing your areas of expertise. Be sure to include “pictures, video, and other items relating to the farm that would be of value to the media,” Roeser says.

Baron Christopher Hanson, owner of East Coast-based RedBaron Consulting, says, “Photography of your farm, its animals and people actually engaging [with] the property, your livestock and, of course, produce is key.”

And if you and your staff are pictured wearing hats, T-shirts, aprons or other apparel printed with your farm’s name, logo and location, that’s even better.

“Even if your farm is not covered extensively [in an article], readers can see your farm name [in any accompanying photos] and Google-search you on their own,” Hanson says.

But not too much of a pest. After sending your media kits and press releases via email or snail-mail, Roeser suggests waiting about 10 days before getting back in touch.

“Send a follow-up email … offering yourself and your farm as a local resource. From there, periodically follow up with timely information.”

“Even if you don’t get a response, something might come of it eventually,” Duncan says. He should know. “When we rebranded to The Mad Optimist, we sent out press releases and did some work to try to get coverage,” he says.

Finally, when you do get earned media placements, don’t forget to leverage that coverage—and keep leveraging it — by linking to it via your social media accounts and encouraging your followers to share your news.

You can also link to any earned media on your website.