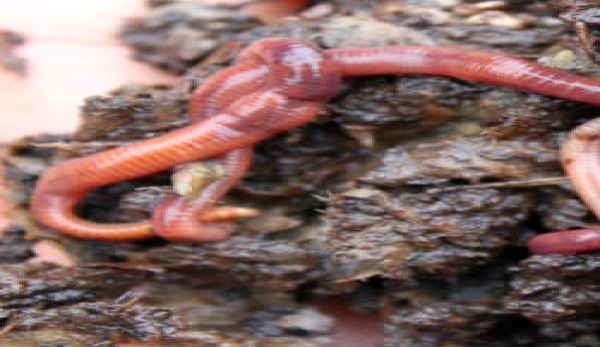 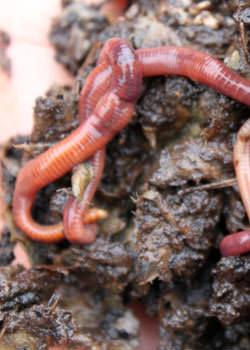 Worms are taking center stage in the fight against food waste.

Colin Anderson started the Toronto Worm Exchange in 2008. The group doesnâ€™t have meetings or membership requirements, and there are no fees; itâ€™s just an informal group of compost enthusiasts who share informationâ€”and worms.

â€śOne of the biggest complaints about some environmental initiatives is the expense associated with getting started,â€ť Anderson explains. â€śWe thought a worm exchange was a good option to make worm composting more accessible without huge startup costs.â€ť

According to Anderson, worm composting can be done without spending a red cent on red wigglers. In fact, in an established worm bin, red wigglers can double their numbers after a few months, giving composters an excess of worms to share. In Baltimore, those excess worms can even be traded for fresh veggies.

Students at the Maryland Institute College of Art founded a worm-exchange program in 2009 to help encourage Baltimore residents to compost. In order to meet the demand for free worms, students started offering produce grown through the campus Sustainable Food Project called Buddha Garden in exchange for worms. The program has become so popular that there is a long waiting list for free worms.

The worm exchange program in Fort Collins, Colo., has had similar success. As part of an ongoing effort to help divert food waste from the landfill, Susie Gordon, a senior environmental planner with the Fort Collins Natural Resources Department, was charged with promoting worm composting.

Inspired by the community exchanges happening through websites like Craigslist and Freecycle, Gordon launched an online group through Yahoo to connect residents who were willing to share information about vermicomposting and offer worms to others who wanted to start worm bins.

Since its inception in 2005, the Yahoo group has grown to 315 members, but Gordon believes the program has a much broader reach. Anderson echoes the sentiment, noting that the Facebook fan page for Toronto Worm Exchange has just 27 members; he is aware of a much larger number of participants who are taking part in worm exchanges.

â€śItâ€™s an informal group, and weâ€™re not tracking numbers, but there has been a lot of growth since we got started,â€ť he explains. â€śItâ€™s one really simple way to connect to the community and change the world without spending a lot of money.â€ť