From The Herb Garden: Mint Is Seriously Cool

An ancient and wildly diverse herb, mint makes a refreshing tea, brings cooling freshness to dishes and provides a wealth of health benefits. 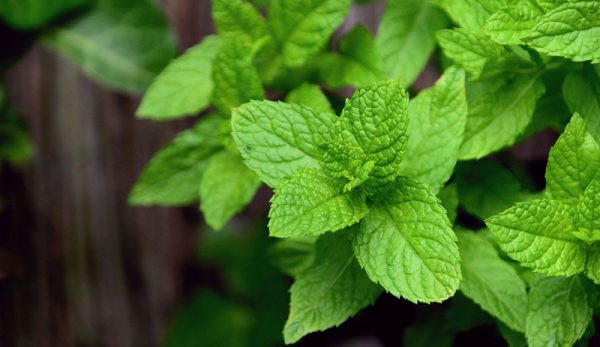 There’s nothing more soothing than a hot cup of peppermint tea on a cold winter day. But this sweet and refreshing herb can be used to bring relief to sore muscles, too. It can also add a flavorful twist to your favorite meals.

Originally native to Europe and southern Asia, mint is now widely distributed around the world. Since hybridization between species  can easily occur, it is difficult to determine exactly how many species exist. But it is estimated that at least 20 to 25 distinct species can be commonly found.

The most common mint, peppermint (Mentha x piperita), is a hybrid resulting from a cross between water mint (M. aquatica) and spearmint (M. spicata). It’s used as a flavoring in candies, toothpastes and beverages. It’s also included in some shampoos and soaps to add fragrance.

Spearmint is a common ingredient in both culinary and cosmetic products, as well. This species is one of the oldest recorded types of the herb, dating back to at least the first century.

Its use was mentioned by Pliny the Elder. References to spearmint can even be found in the Bible!

Enjoying a cup of mint tea is the easiest way to utilize this cooling herb in the kitchen. But the plant, specifically spearmint, is used as an ingredient in a handful of other well-known beverages including mojitos and mint juleps, a cocktail seemingly ubiquitous at the Kentucky Derby.

Mint traditionally accompanies lamb and poultry dishes, especially when crafted into jelly. It is also widely used in Middle Eastern and Greek cuisine. Try it in soups, salads and sauces or whenever you’re looking to add a fresh, bright flavor to your food.

The fresh herb is typically preferred to dried for cooking. Many chefs will keep a small pot growing on the kitchen windowsill to ensure that they always have a ready supply of the herb for their recipes.

Read more: These herbal bath and body products bring the garden to the tub!

Mint has a long history of use in traditional folk medicine and is considered helpful for a wide variety of ailments.

A simple tea brewed from peppermint leaves is an excellent treatment for stomach upset and digestive complaints. A tea made from the leaves is also considered to be an antipruritic. This means it’s useful as a topical wash to alleviate the itching and discomfort associated with sunburns, eczema, psoriasis and insect bites.

We can also use mint topically to relive sore and tired muscles. Simply infuse the herb in oil to extract its analgesic constituents. Then use this herb-infused oil to craft a pain-relieving salve or lotion.

Read more: You can craft your own herbal salves. Here’s how!

Mint is easy to grow in all temperate climates. But due to its aggressive spreading nature, it’s often recommended to cultivate the plant in pots to help keep it contained. This herb spreads through underground rhizomes and can quickly take over an area once established.

This aggressive growth habit also makes for easy propagation through root division. All you need to do is dig up a chunk, separate it into clumps (each with some roots still intact), and replant. It’s just that easy!

Mint is a vigorous perennial that prefers moist, but well-draining, soil. It loves to grow near water. The plants thrive in full sun but also do quite well in partial shade.

Once established (which doesn’t take long at all), your mint patch will provide you with bountiful harvests that will add their cool and refreshing flavor to your life for years to come!