My son has finally taken a real interest in gardening. Although he's always played in the dirt with me, this is the first year he's really interested in playing a role in growing the produce that makes its way into our kitchen. 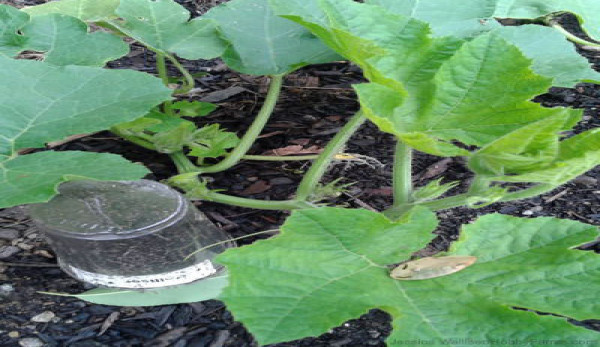 My son has finally taken a real interest in gardening. Although he’s alwaysÂ played in the dirt with me, this is the first year he’s really interested in playing a role in growing the produce that makes its way into our kitchen. While I often do my ownÂ experiments in the garden, he’s starting to conduct them, too, thanks to his first-grade teacher!

At the end of the school year, his class startedÂ pumpkin seeds in their classroom. They did an experiment where some of the newly planted seeds were placed on the windowsill, some were placed in a dark cupboard, and the remaining pots were put on a desktop in the middle of the room. The kids tracked the germination rates of each of the seeds and noted anything interesting they observed. He came home with a pumpkin seedling and a report a few weeks later.

Needless to say, he took the project to a whole new level when he lined a bunch of plastic cups filled with potting soil on the kitchen counter and planted a watermelon or sunflower seed in each one of them. He put some of the cups in our kitchen cupboards, some on our windowsill and some out on our patio table. He was thrilled when the ones inside the cupboards grew white, fuzzy mold. He proudly declared that “growing seeds in the dark makes them turn into cotton!”

After explaining to him what really happened and noting which seeds grew and which did not, we planted everything out in the garden. He’s had fun checking on his pumpkin vine (which now has many flowers on it), his sunflowers and his single watermelon seedling. I only hope each of them reaches fruition before some critter gets to them.

He’s already talking about how yummy his watermelon is going to taste and what a greatÂ jack-oâ€™-lantern his pumpkin will make. And just to cover our bases, I planted a few extra of everything in the garden when he wasn’t looking. I want to nurture his love of gardening by ensuring his success for a few yearsâ€”even if it means I cheat a little with his experiments.