While ladybugs are always welcome in the garden, the invasive species that takes over your house in the winter may not be. 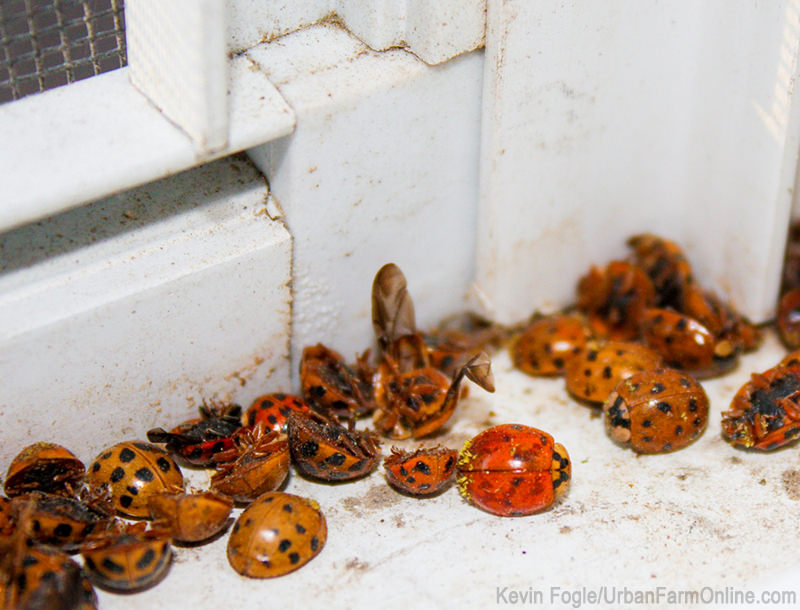 Although many of the species of ladybird beetles (aka ladybugs) found in your garden can be beneficial and are encouraged, some non-native species are causing quite a stir here in North America. The most prominent of these invasives is the Multicolored Asian ladybird beetle (Harmonia axyridis). You might not know the name, but I am certain many readers are currently dealing with these insects overwintering in your home.

The general appearance of the Multicolored Asian ladybird beetle is similar to the common North American species: a round or oval body with a convex shape and red to orange elytra (wing covers) adorned with approximately 19 dark spots. These spots are typically more prominent on female beetles, with males commonly displaying few or no spots. A distinctive marker of the Asian ladybird beetle is a dark M or W-shaped marking found directly behind the head in a patch of white coloration. The photo from last weekâ€™s post is an Asian ladybird, which clearly shows the letter-shaped marking.

These beetles are native to a broad swath of Asia, including regions of China, Japan and Korea. They were first identified in the U.S. in the wild in the late 1980s and have spread significantly since then. Like many other members of the Coccinellidae family, the Asian ladybird beetle is an active predator, feeding primarily on aphids. Starting in the fall, the adult beetles start seeking shelter for the winter. In their native environment, the beetles typically gather in cliffs, overwintering in large numbers within the rock fissures. Here in North America, this invasive species often replaces the cliff wintering sites for your inviting house. Hundreds or even thousands of beetles can cram themselves through the smallest openings.

My parentâ€™s house in Virginia has been inundated with these ladybugs for the last 15 years. During the first cool week of fall, you can see swarms of the orange ladybird beetles taking flight, trying to find their winter home in your walls. The only preventative measures you can take is making sure all exterior openings in your house are well-sealed with caulk.

The insects donâ€™t cause much damage while overwintering, but theyâ€™re somewhat smelly and can emit a yellowish fluid that may stain walls or furniture. Some folks may actually be allergic to the little beetles when numbers inside the house are high.

In heated structures like your house, the beetles are often quite active during the winter and can be found roaming your house until the spring when they attempt to reemerge. The best solution for dealing with the insects already in your house is vacuum them up and release them outside.