Our garden blogger lays out her plans for her 2017 growing season. 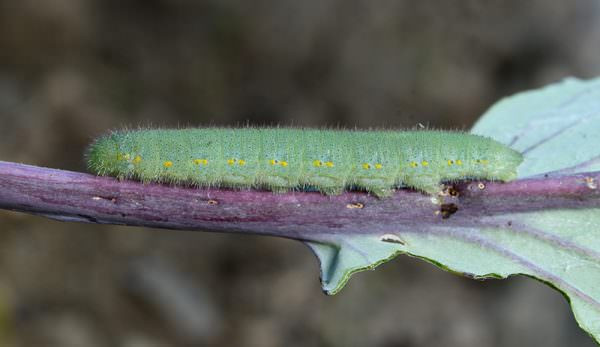 As yet another year has drawn to a close, many gardeners likely find themselves reflecting on the 2016 growing season and starting a mental list of what to do differently in 2017.

In my own garden, 2016 was a year of unusual projects. I’m working on a new book with Cool Springs Press about gardening in containers, and as a result, I had an extra two dozen containers of various shapes, sizes, and materials scattered throughout my yard and garden for photo shoots and varietal trials. I was so focused on keeping all those containers aliveâ€”and looking good for their photo op!â€”that I pretty much completely neglected the vegetable garden. The good news is that it didn’t suffer too greatly: I use no-till techniques in my veggie patch, so I have very few weeds because I’m constantly adding new layers of shredded leaf mulch on top of the soil. The bad news is that I ended up having some fruits and veggies rot on the vine because I ran out of time to harvest them. Next year, though, things willâ€”hopefullyâ€”go back to normal.

As I plan for 2017, I know there are a few things I’ll be doing differently, aside from making sure I harvest each and every morsel I grow. I’m going to do a better job covering my cole crops with floating row covers early in the season. The imported cabbageworms were awful this year, and while the wrens and chickadees made their daily rounds through the vegetable garden gleaning the caterpillars off my broccoli and cabbage, I still had a lot of damage. This year, I’ll be covering the plants the very day they’re planted, and I’ll only remove the row cover just long enough to harvest. Hopefully that will keep the little buggers in check.

I also plan to grow more of two crops I grew for the very first time this year – and loved! I’m not a fan of arugula, but I grew ‘Wasabi’ arugula from Renee’s Garden Seeds for the first time this year, and my husband and I both loved it. It really does taste spicy and powerful, just like wasabi.

The other crop I’ll be growing more of in 2017 is edamame. I always order steamed and salted edamame with sushi, so I thought I’d give growing my own a try. Well, they were a huge success! Each plant grew one to two dozen pods, but I only grew one row of plants, so they didn’t last long in the kitchen. Next year, I’m going to stagger my plantings by a week or two so I have a continual harvest of edamame for weeks on end. Yum!

And finally, one last change I’m shooting for in 2017’s garden: More flowers for cutting. I always grow lots of zinnias, sunflowers, black-eyed Susans, and other classic cutting flowers for making fresh bouquets, but I want to include a handful of more unusual choices next season. It’s been a number of years since I grew cut flowers to sell at the farmer’s market, so I think it’s time I start growing some of my old favorites again. I think I’ll start with toothpick weed (Ammi visnaga), corkscrew vine (Cochliasanthus caracalla), Godetia (Clarkia amoena), and drumstick flower (Craspedia globosa). One can never have too many bouquets, after all!