The facts are that gardening is often unrewarding, and plant death and failure is actually far more common than success. 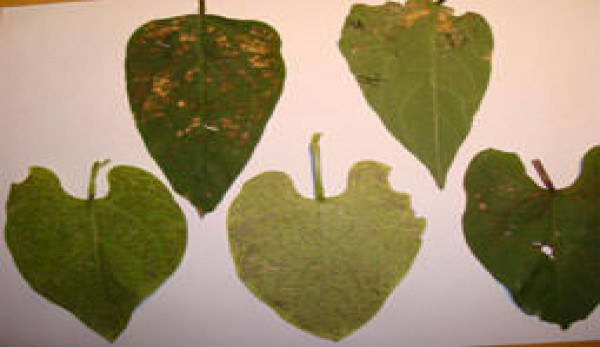 One of the things that I dislike about gardening magazines and garden experts is that they always portray gardening as an easy thing.Â  If one just knows all the answers, gardening is easy and foolproof according to them.Â  I suppose I may be guilty of that sort of journalism myself, so I offer todayâ€™s blog as a partial confession.

The facts are that gardening is often unrewarding, and plant death and failure is actually far more common than success.Â  Although I am a farm and garden â€śexpertâ€ť, I think that is because Iâ€™ve made more mistakes and killed more plants than most people, and Iâ€™ve learned a thing or two from my thousands of mistakes.

Iâ€™ve worked in the nursery industry for over forty years now, and the truth is that the nursery business is an industry of death.Â  Of all the plants and seeds that one sees in a nursery, most will be dead within the following year.

Bedding plants and vegetables have a particularly high mortality rate.Â  Probably 90 percent of the bedding plants purchased from a nursery will die within three months of purchase.Â  We all look at the beautiful blue petunias in the little pots, and we buy them because they allow us to dream, imaging how great our garden will be when the little plants grow into big lush plants covered with flowers.

But what really happens is that nine out of ten of the little blue petunias will never grow well, and most of them will die fairly quickly.Â  Sure, some will actually grow spectacularly, and it is seeing those few individuals that makes us dream, but success is the exception, not the rule.

Although my own garden does pretty well, and manages to look nice, problems abound.Â  This year Iâ€™ve had fungus on my tomatoes, and I had to rip up a bunch of them.Â  The new plants I planted to replace them have all stunted.Â  I have a dozen winter squash plants that havenâ€™t produced a single fruit.

The beans have finally outgrown the disease that affected them last month, but production is less than half of what I had hoped.Â  From the four giant pumpkins I planted, Iâ€™ve only got one football-sized pumpkin.Â  I have more than a dozen green pepper plants, but they are all producing dinky little peppers.Â  The marigolds in some spots grew big and green, but donâ€™t have many flowers.

My three-year-old plum tree produced one plum this year.Â  Two of my young oranges flowered well, but failed to produce a single fruit.Â  I have a whole bank of iris that failed to flower this year.Â  I have a half dozen zucchini plants that havenâ€™t even produced a single edible fruit.Â  My kiwis are four years old now, but didnâ€™t even flower this year.Â  I have a lantana in what I thought was a perfect spot, but it is just sitting there, not even producing new leaves.Â  My artichokes finally produced a few chokes this year, but we got nothing for the past three years.

The message?Â  Donâ€™t feel personally incompetent if everything in your garden doesnâ€™t grow well.Â  Even we professionals fail more often than we succeed.Â  Itâ€™s just unusual to admit it.