Gardening By the Moon

On our herb farm, my husband and I grow using biodynamic principles—something our ancestors have done in one form or other since the start of agriculture. 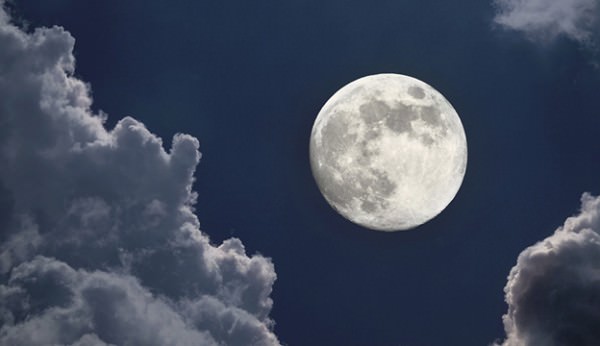 My husband and I have been farming using biodynamic principles for the past seven years or so. Biodynamics can be both challenging and rewarding, but thinking of the soil as another organism that must be cared for wasn’t too much of a stretch for me. I grew up with parents who believed strongly in returning nutrition to the soil each time we took food from it. Biodynamics was comfortable in this way, but at the same time, took me so much further than my parents had ever gone in the soil-to-homesteader relationship.

We’ve have hosted all sorts of groups, from conventional farmers to serious herb study groups, on our farm for tours. One of the most difficult things to explain to visitors is the biodynamic practice of gardening by the stars. In the first years, I stumbled in how I would couch my understanding in words that wouldn’t alienate my crowd. One day, before a tour my gaze fell on the the Farmer’s Almanac on my shelf.

Growing up, I’d see the Farmer’s Almanac floating around during garden planning. My parents respected it as a repository of respected old-timer knowledge, and we used it mainly to look at weather trends. The garden calendar was an interesting and fun read, but we didn’t necessarily follow along with it. Even though I now use the biodynamic planting calendar, I was still buying the Almanac for nostalgia and sometimes comparison. It occurred to me that I had a way to explain that there wasn’t really anything “occult” or intimidating here. The practice of working the soil and plants in concert with the night sky is as old as agriculture itself.

In biodynamic practice, we don’t just watch the waxing and waning of the moon, though it’s very important. We also watch where the moon is in context to the other constellations. For someone like me, this can become very complex. The extent of my astronomy knowledge is being able to pick out the Big and Little Dippers, Orion and Cassiopeia, so I use a calendar called Stella Natura to give me the information in a form that doesn’t send me reeling. The Maria Thun calendar and various smartphone apps are great, as well.

Gardening by the moon opens our eyes to the complex cycles happening around us. Our great-great-grandparents instinctually knew this way of interacting with the soil and plants, and they passed knowledge down to their kids as they worked in the garden. They knew that some days were better for planting root crops, while others were best for cutting back invasive shrubs. They knew some days were best for cutting the grass because the energy and nutrition of the plants was in the roots and there would be less call for re-cutting before you could get back into the house for a cold lemonade.

These days, as we have separated ourselves more from the cycles in nature, we need a written record. We need science to back up the “folklore” of our ancestors. For me, the long history of recorded data in biodynamics satisfies my intellectual understanding. We see a difference in the way the soil releases nutrients and plants uptake them depending on the location of the moon and Earth in relation to the rocks hurtling around space. There isn’t anything in this notion that worships a configuration of stars or replaces our deep spiritual relation to the one behind it all. Instead, I find that when I garden by the moon, it allows me to be very grounded. To sit still and wonder at all that is going on around us. It connects me to that wonder in a way I was missing before. Today, I am grateful for the moon in a different way because of all it has come to represent.