It was only fitting that before attending Agritechnica in Hannover, Germany, a farm machinery exposition known for showcasing the latest technology, I should find old tools at a flea market. 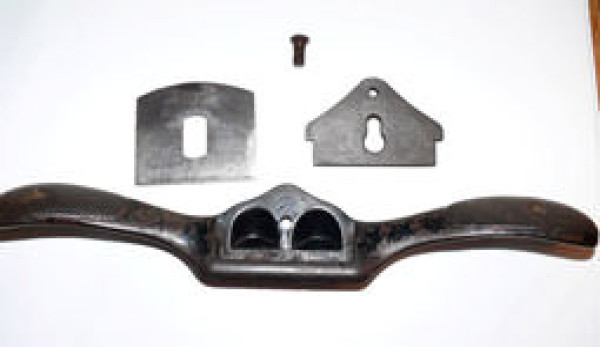 It was only fitting that before attending Agritechnica in Hannover, Germany, a farm machinery exposition known for showcasing the latest technology, I should find old tools at a flea market. One booth had large hammers, axes and other heavy tools, awkward to pack and carry. The second had several tools, smaller and potentially easier to carry.

A Stanley 51 spoke shave caught my eye. The cast-iron bed had semi-gull wing handles and a 2â…›-inch iron blade. The blade edge was smooth and free of knicks or other flaws. While still in good shape, it did show plenty of wear, as the once-black enameled finish was mostly worn off.

While I like to pick up old tools, I don’t fancy myself a collector. I neither know nor care how old a tool is, nor what its current value is. My goal is to add a reliable tool to my workshop, hopefully for less than a new tool of similar quality would cost. In this case, I was intrigued to bring home a tool from my trip. How ironic that itâ€™s a tool made in New Britain, Conn.

Now all I have to do is get myÂ new workshop straightened out so I can put my new/old tool to use.