Get to Know Your Greens: The Spinach Edition

Mix up your greens by growing one of these unique spinach varieties. 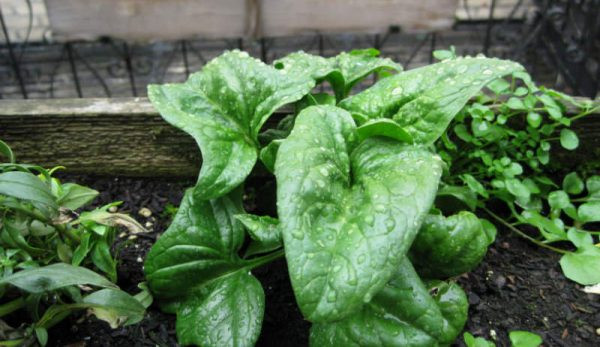 For my last blog of 2014, I thought Iâ€™d pay homage to one of my all-time favorite greens: spinach. As I was feeding my son purĂ©ed spinach for dinner last night, I starting reflecting on this well-known green. Spinach is a real workhorse of the garden, and it often gets overlooked when talking about interesting heirlooms. Everyone gets swept off their feet with crops like All Purple sweet potatoes or Dragonâ€™s Tongue beans, but there are heirloom spinach cultivars that are equally as exciting to grow and eat. Here are four I recommend.

This classic heirloom spinach variety dates back to the 1920s and is pretty easy to find on the market today. Bloomsdale has attractive foliage with large, deep-green leaves and a little classic crumpling. Itâ€™s an early spinach that doesnâ€™t bolt overly soon, and itâ€™s known to withstand warm weather better than a lot of other cultivars. Itâ€™s great spinach flavor is perfectly suited for salads and other culinary applications.

This is a fun heirloom to grow in your garden. It gets its name from the humongous plants it produces. Giant Nobel plants are spreading in nature and can get larger than 24 inches in diameter with very large and thick leaves. The thick leaves are very tasty and are known to hold up well for preservation either by canning or freezing.

This spinach, also known simply as Viroflay, is a French heirloom that was introduced in the mid 19th Century. Viroflay is known for its large, fast-growing plants that can nearly grow to the size of Giant Nobel. It features massive dark-green leaves that approach 10 inches in length. The flavor is rich, meaty with low bitterness and a crisp bite. The plants do well in cool weather but bolt quickly once temperatures regularly reach the mid-70s.

This cultivar is said to have been introduced to Europe in the late 18th century, found during the initial exploration of the New Zealand region. Unlike the other heirloom spinaches mentioned here, New Zealand Spinach is not directly related to true spinach. This unique green has a flavor profile similar to spinach and is packed with vitamin C. While this heirloom is not winter hardy, the New Zealand plant will thrive in warm weather and will not bolt during the summer or turn bitter. One word of warning regarding this heirloom is the known difficulty with New Zealand spinach germination. Try soaking your seeds in warm water for several hours before planting. The soaking process is also useful for other spinach cultivars to help increase germination success rates.