Getting Started: 3 Other Reasons To Raise Chickens

There are more reasons to keep chickens than just eggs, including for conservation, competition and even companionship! 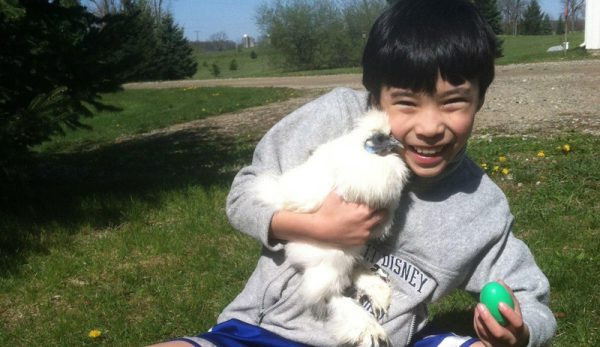 Believe it or not, egg production is not the only reason people raise chickens. For some flock owners, fresh eggs are just a tasty â€” and profitableâ€”bonus. If you are positive you want to keep chickens but are not sure why, perhaps one or more of the following reasons is right for you.

Several pure breeds are endangeredâ€”some of them critically. The Livestock Conservancy keeps careful track of poultry and other domesticated animals whose numbers have dwindled to precariously low levels.

The organization publishes a yearly Conservation Priority List, outlining the status of the most threatened breeds and classifying them into five categories:

When my husband, Jae, and I started our poultry farm, conservation was our key motivator. We didnâ€™t want to just keep chickens. We also wanted to help make a difference by raising breeds in danger of dying out.

With a scant handful of exceptions, most of the heritage breeds we have reared over the years were among those classified as Critical or Threatened. Itâ€™s given us great satisfaction to watch several of our breeds improve in status, with Orpingtons even completely graduating from the list!

More than two dozen other breeds round out the other categories. Consider raising chickens from the Critical Priority List. This way, youâ€™re not just keeping a flock. Youâ€™re helping a cause.

If you thrive on striving for the best, raising an exhibition flock may be the way to go. Exhibition or show birds are the cream of the poultry crop, the chickens that most closely match the American Poultry Associationâ€™s Standards of Perfection (SOP) for their particular breeds.

At an exhibition, certified poultry judges closely examine your bird, looking for notable deviations from the SOP. The birds that most closely match the traits and characteristics outlined for their breed typically win the Best in Breed and Best in Show awards.

Because perfection is the goal, those who raise exhibition chickensâ€”especially those that compete on the national circuitâ€”are highly dedicated and demanding. They reject and cull birds with even the slightest imperfection.

However, at the local level, such as at community and county fairs, competition is much less cutthroat and much more fun. Exhibitors range from serious breeders to young kids entering their pet chickens.

Check with your local fair for their poultry exhibition guidelines. These will help you determine whether raising competitive chickens belongs in your list of reasons for poultry keeping.

Read more: Egg competitions? Yepâ€”and here are some tips to keep in mind.

Kids arenâ€™t the only ones who keep chickens as pets. Many adults also canâ€™t help but fall in love with these feathered fluffs and their whimsical ways.

Chickens’ insatiable curiosity, their social interactions and their comedic antics will provide you with nonstop entertainment … just pull up a chair and watch Chicken TV, natureâ€™s best show. However, if you select breeds known for their affectionate, docile dispositionsâ€”Orpingtons and Cochins come to mindâ€”you might very well be joined on your chair by a chicken looking for cuddles.

We have had birds who follow us around like puppies. And our son Jaeson was practically inseparable from his Silkie, Altaria, who frequently joined us for Easter and other family events.

Over the years, Iâ€™ve come to know dozens of poultry owners. The vast majority of them keep chickens solely for the pure pleasure they bring. So if you find that companionship is top among your reasons for owning a flock of chickens, youâ€™re in excellent company.