Ginger is easily propagated and grown, so why not add it to your garden? 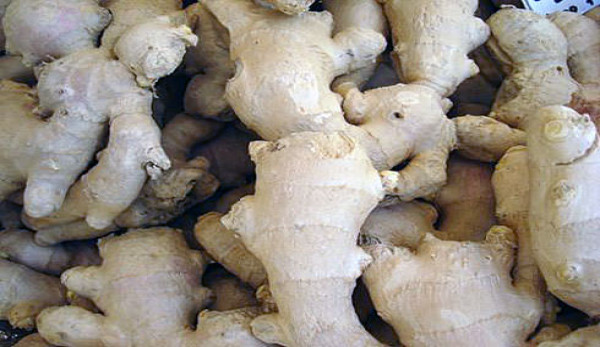 I lived in Hawaii for a couple of years, and remember fondly all of the different ginger plants. A lot of ginger grew wild, and even more were cultivated in gardens where flowering ginger was used as a landscape shrub. The perfume of ginger flowers on warm nights was exotically pleasant, and a patch of edible ginger was common in peopleâ€™s personal vegetable gardens.

I remember that in Hawaii, almost everybody, not just indigenous Hawaiians, used a lot of Hawaiian words in everyday speech. Pake was sort of a derogatory term for Chinese people, and awapuhi was the word for ginger plants, so Awapuhi Pake was the description for Chinese ginger or edible ginger.

The official name for the plant is Zingiber officinale, and the genus contains the “true gingers.â€ť Other garden gingers include shell ginger (Alpinia zerumbet, butterfly ginger (Hedychium) and peacock ginger (Kaempferi).

In these times, when the value of eating less anonymous food is being explored in the Western world, edible ginger is poised to become a new niche crop cultivated beyond the traditional areas where it was originally grown. I think there will be many more small ginger growers in the Western world in the future, and certainly a lot more home gardeners will cultivate ginger in containers and bring the plants indoors during the cold season.

Ginger is a tropical plant and garden sites on the net often say it will not tolerate temperatures much below 50 degrees Fahrenheit. But ginger can be grown easily in a pot and brought inside for the winter. Edible ginger cultivation follows more or less the same rules as container citrus cultivation in the northern areas. One could grow ginger in Iceland, as long as a sunny window in a warm house was available. I do know a few gardeners in Los Angeles and San Diego, Calif., who grow edible ginger outdoors all year-round, so the idea that ginger will not tolerate temperatures below 50 degrees Fahrenheit can be viewed as a generality and not a hard line. Iâ€™ll bet the tolerance line is closer to 30 degrees Fahrenheit.

The plant itself looks like a stunted little corn plant. The flowers on the edible ginger donâ€™t seem to appear on container-cultivated specimens often. I think there may be some age requirement for flowering, so potted plants that are harvested every year or two just donâ€™t develop a sufficient age to flower. When it does flower, edible ginger produces a sort of fleshy pinecone and then the flowers that resemble little canna flowers poke out from underneath the scales of the cone.

The ginger that one buys at the supermarket is usually fine for planting material. If the rhizomes arenâ€™t damaged, theyâ€™ll likely sprout once placed in a pot of soil. The plant doesnâ€™t like hot sun, so a dappled shade environment seems to be preferred. Humidity is also appreciated by ginger plants, so indoor specimens appreciate being misted.