Photo courtesy of iStockphoto/Thinkstock Nonprofit groups are feeding the hungry by gleaning. For gleaning groups, the sight of unwanted fruit rotting on the ground beneath tree branches represents an opportunity to make a difference. Gleaning, the practice of harvesting unwanted or leftover produce, is not new, but it is becoming more popular as a means […] 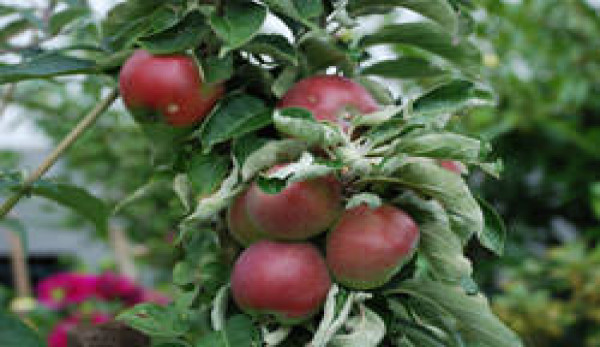 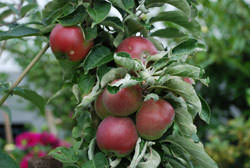 Nonprofit groups are feeding the hungry by gleaning.

For gleaning groups, the sight of unwanted fruit rotting on the ground beneath tree branches represents an opportunity to make a difference.

Gleaning, the practice of harvesting unwanted or leftover produce, is not new, but it is becoming more popular as a means of providing healthy, locally grown foods to those in need.

From a bumper crop of peaches in urban parks to an abundance of apples in a rural orchard, organizations harvest the fruit and deliver it to low income seniors, the homeless and school lunch programs.

Keep reading to find out how these organizations are gleaning for good.

Friendship Donations Network:Based in Ithaca, N.Y., this nonprofit does more than donate fresh produce to those in need; the group also ensures that edible fruits and vegetables donãt end up in the landfill.

ãItãs a model that makes a lot of sense,ã notes Program Coordinator Meaghan Sheehan. ãThere is no reason for food to go to waste when there are farmers willing to donate [their leftovers], avenues to distribute it and people who need it.ã

Since launching a gleaning program in 1988, Friendship Donations Network has distributed thousands of pounds of fresh produce to those in need. The group has partnerships with local orchards, farms and CSAs to secure produce donations and deliver the harvests to food pantries, childrenãs programs, low wage work sites and senior citizens who lack access to fresh foods. Up to 2,100 people per week benefit from the gleaning efforts.

According to Sheehan, the farmers who donate produce to the program ãwant to see the food theyãre growing made accessible to everyone.ã

In the future, Friendship Donations Network plans to offer classes and recipe books to teach recipients ã those who might not be familiar with eggplant, zucchini, squash and some of the other fruits and vegetables acquired through gleaning efforts ã how to use the produce to prepare fresh, nutritious meals.

Urban Youth Harvest: Kids on bikes are pedaling through neighborhoods in Oakland, Calif., in search of unwanted produce.

Local donors invite members of Urban Youth Harvest onto their properties to pick oranges, apples, lemons, grapefruits, plums, figs and other unwanted produce. The pickers, ages 14 to 21, use donated bikes to transport the produce to low-income seniors who lack access to fresh produce.

Urban Youth Harvest is a program thatãs part of People United for a Better Life in Oakland (PUEBLO), a nonprofit that advocates for low-income residents of Oakland. Youth in the program are paid for gleaning, thanks to financial support from a local summer jobs program and federal stimulus funds.

Since its inception in 2007, the program has harvested thousands of pounds of unwanted produce from Oakland neighborhoods. When the 2012 harvest begins, Urban Youth Harvest plans to add health-promoting herbs like mint, thyme and rosemary to its gleaning program.

Although employees are paid for their time, Urban Youth Harvest offers more than a part-time job for neighborhood kids. Youth also attend workshops to learn about the relationship between food and health, as well as to gain education about gardening and food-justice issues. Itãs a concept the organization calls ãearning and learning.ã

In addition to harvesting produce that would otherwise be left to rot, Urban Youth Harvest creates a sustainable food source for those in need with almost zero carbon footprint and provides meaningful employment for youth in the community.