The traditional time for goat breeding is approaching. Following these guidelines will help you produce a group of healthy kids. 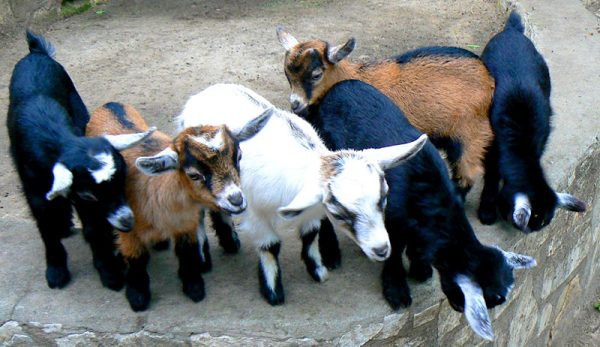 The traditional goat breeding season in the U.S. is between late August and the early part of January, according to Angela McKenzie-Jakes, extension animal science specialist at Florida A&M University. At this time of year, buck goats are getting smelly, and their does are looking hopeful. But it takes planning to produce a bountiful crop of bouncing baby goats. Here are some things to consider.

Goat breeding stock should be neither fat nor thin. While quality forage and free-choice minerals are sufficient for goats on maintenance rations, they need more energy in their diets as rut approaches. Many folks ŌĆ£flushŌĆØ does by switching to legume hay and introducing 1/2 to 1 pound of 12 percent protein grain mix three or four weeks before breeding season begins; this helps boost ovulation rates and results in more kids. Meanwhile, bucks often forget to eat during rut, so they need to be plump but not grossly overweight as breeding begins.

Insufficient selenium in goatsŌĆÖ diets is associated with low conception rates, retained placentas and weak kids. It also has a positive effect on male fertility. If you live in a selenium-deficient part of the country, such as portions of the Northeast, the selenium in goat-specific minerals is inadequate. If you arenŌĆÖt sure, check with your county extension agent or large animal veterinarian. Selenium granules added to grain, oral pastes or BO-SE selenium-vitamin E injectables all fit the bill.

Prior to goat breeding is a good time to boost your animalsŌĆÖ copper levels if itŌĆÖs needed. Bucks, especially, need plenty of copper in their diets to do their job. Goats with fish tails (a ŌĆśYŌĆÖ in the hair at the end of their tails), coarse hair or dark coats with a brassy overtone probably need copper. Introducing a mineral mix that contains more copper can help, but bolusing them with copper oxide particles goes right to the heart of the problem.

Trim hooves and check for abnormalities at least three weeks prior to the onset of breeding season so that if problems arise, such as accidentally trimming a hoof too closely, they have time to resolve before breeding begins.

Within that same time frame, check your goats for external parasites such as lice or mites and apply products to eradicate them. Have fecal exams run to determine internal parasite loads, or examine each goatŌĆÖs eye membranes using the FAMANCHA method (a diagnostic chart to identify parasite infection in small ruminants that matches eyelid color to anemia levels, an indicator of parasite infection) and deworm as necessary.

Make sure bucksŌĆÖ fences and housing are secure and in good repair because once breeding season begins, theyŌĆÖll do their level best to get out and breed the ladies. If you have several bucks housed as a group you might have to separate them as rut approaches and interfighting begins, especially if some are considerably larger or more aggressive than others.

DonŌĆÖt wait until the last minute to find a buck that complements your doe. The buck should be better than your doe, not a compromise just to get her bred. If you breed registered goats, look to the buckŌĆÖs pedigree as well as the goat himself. Choose a strong, healthy buck with excellent conformation and an easygoing temperament. Ask to see his mother or pictures of her udder; thatŌĆÖs the type of mammary system heŌĆÖll pass on to his daughters.

When you find a buck you like, make arrangements for your doe to be bred. Get everything in writing to prevent misunderstandings later on.

If you canŌĆÖt find a buck you like, investigate artificial insemination. ItŌĆÖs a way to breed your does to the best of the best, and itŌĆÖs no more difficult that arranging for a live breeding at another farm.