Some of these goat breeds have striking looks, some are great dairy breeds, some are quite small and others are docile so make good companions. 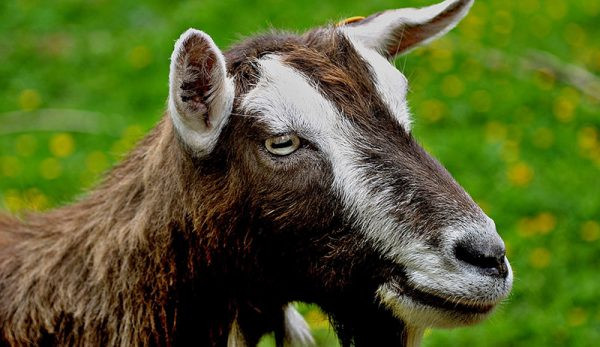 When it comes to goats, some breeds hog the spotlight. Nigerian Dwarf, Boer and Pygmy goats are all wonderful breeds but their popularity has made it difficult for lesser-known (but equally deserving) breeds to shine. If youāre new to goat-keeping or want to add some diversity to your existing herd, consider these four uncommon goat breeds that are ideal for hobby farms.

This rare breed originated on the Channel Island called the Bailiwick of Guernsey, off of the coast of England. Although the breed was first developed in the U.K. around 1920, Golden Guernsey goats did not arrive in the U.S. until 1999.

Strict animal health regulations prohibit the import of Golden Guernsey goats, which makes them rare on this side of the pond; the Guernsey Goat Breeders of America is working to change that by importing semen from UK herds and breeding domestic dairy goats to achieve similar breeds (which are as much as 7/8 Golden Guernsey).

The Golden Guernsey is a dairy breed, producing sweet milk that is high in butter fat and excellent for cheese. These are docile, medium size goats (mature does weigh 120 pounds while mature bucks weigh 150 pounds) with erect ears and short or long hair with a gold-toned skin color.

Hailed as one of the oldest dairy goat breeds, Toggenburgs were named for the region of Switzerland where it’s believed to have originated in 1892. This breed’s ability to survive for centuries has earned it high marks for hardiness; these goats are great in cold climates and, thanks to their thick coats, Toggenburgs are also well-suited to wet climates.

Their short-to-medium-length coats are soft and fine. They comes in colors ranging from light to dark brown. Toggenburgs (one of which is also shown in the photo at the top of this post) have distinct markings that include: white ears with dark spots in the middle; two white stripes down their faces; a white spot on either side of their tails; and white from their hocks to their hooves on their hind legs and from their knees to their feet on their forelegs.

The diminutive goats weigh just 120 pounds and rank average for milk production: The average doe was in milk for 158 days (compared with 665 days for an Alpine doe) and produced 2,254 pounds of milk, according to the American Dairy Goat Association. Toggenburgs’ milk has a reputation for being āmuskyā so consider tasting the milk before purchasing a doe.

The Livestock Conservancy placed the Arapawa goat on its critical list because there are just 150 to 200 domesticated goats from this ancient breed in the U.S., making it one of the rarest goat breeds.

Arapawa goats are named for the New Zealand island where the breed was once plentiful. European explorers were rumored to have arrived on the island with a small herd of āOld Englishā goats in the 1600s. The remaining population of Arapawa goats are said to be descendants of these original herds.

As more productive breeds were developed, Arapawas fell out of favor. Their populations were further diminished when the New Zealand Forest Service decided the goats were causing too much damage to the forests and began removing them. In 1897, island residents created a sanctuary to conserve the once-feral breed.

Plimoth Plantation, a living history museum in Massachusetts, imported a herd of Arapawas in the mid-1990s, which helped get the breed established in the U.S. There are an estimated 15 domestic breeders of the rare goats.

Arapawas are small (does weigh as little as 60 pounds while bucks can weigh as much as 125 pounds), and they’re docile with long black, brown or white hair. This breed that makes a good pet.

Arapawa Goat BreedersāUSA is an association of breeders dedicated to restoring the breed.

As their name suggests, Spanish goats originated in Spain and were brought to the Caribbean (and later the U.S.) and continue to be prized as a great dual-purpose breed. Spanish goats were the dominant breed in the U.S. for centuries, but as other goat breeds were imported and began cross-breeding with Spanish goats, the population of purebred goats diminished. The term āSpanishā goat is used to describe many kinds of crossbred goats.

Although the Livestock Conservancy has placed Spanish goats on its breed āwatchā list, interest in the breed is growing. There are an estimated 8,000 purebred Spanish goats in the U.S. The Spanish Goat Association connects breeders to help restore the breed.

Spanish goats are known for being adaptive; the active goats can thrive on rugged terrain and make excellent foragers (earning them nicknames such as “brush goats” and “scrub goats”). The does weigh as little as 50 pounds while the bucks can reach 200 pounds; Spanish goats are horned. Unlike other breeds that have specific coloration, Spanish goats are varied in appearance with herds of goats in multiple different colors including white, black and many shades (and patterns) in between.