Goat Meat Demand on the Rise

Census data shows that more Americans are raising goats for meat, possibly due to health and cultural reasons. 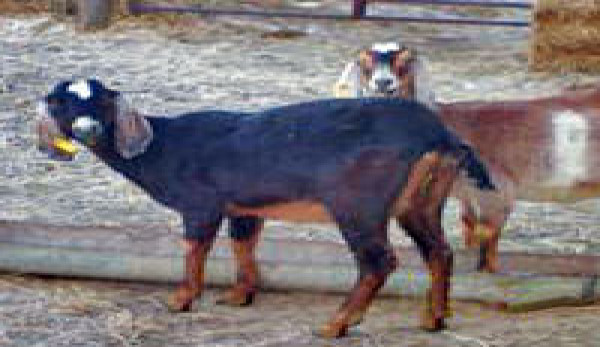 When you think of biting into a big, juicy steak, the last thing that comes to mind is probably a goat.ô Goat meat can be served in the form of steaks, chops, roasts and other similar mutton or lamb cuts. While itãs highly unlikely that goat meat will take the place ofô beef on most Americansã dinner plates, the USDA is seeing an increased demand and a potential for goats to replace sheep and lambs in the meat industry.

Check the Figures
The USDA monitors the number of meat goats slaughtered in federally inspected facilities. If there is any suspicion surrounding the health, safety or handling of the goat meat, these facilities test it for antibiotics, sulfonamides and pesticide residues. Imported meat is also analyzed at ports of entry. Based on this surveillance, the USDA has come up with the following numbers for goats slaughtered each year:

The USDA also compiles data on the import and export of meat goats in America. According to its numbers, the United States quickly switched from being an exporter to importer: The United States was a net exporter of goat meat until 1990, but by 1994 exports had nearly ceased due to increased domestic demand. Then goat meat imports jumped nearly 151 percent from 3.36 million tons in 1999 to 18 million tons in 2003. Export data show that, even with an increased production, demand is still far greater than the domestic supply. Australia and New Zealand are the only exporters of goat meat to the United Statesã92.5 percent of which comes from Australia.
ô
Refer to the Source
There are many factors that seem to be contributing to the growth of the goat-meat industry. Goat meat is often prepared in specialty dishes centered on holidays and religious celebrations when the consumption increases three- to four-fold. The United States immigrant population swelled by 57 percent from 1990 to 2000, shifting the demographics and potentially increasing the demand for goat meat.

The phase-out of the Wool Act of 1954, which took place from 1993 to 1995, is said to have stimulated the demand for goat meat by cutting financial support of sheep and Angora goats grown for wool. Itãs possible that this loss of support had a negative impact on the supply of sheep, therefore driving up the cost of lamb and mutton enough to make goat meat a more popular and affordable alternative. The supply of affordable goat meat also received a boost from South Africanô Boer goat imports in the early 1990s.

Another factor affecting the popularity of goat meat is a conscious effort on the part of Americans to learn about the food they eat, the impact it has on their bodies and the processes used to produce it.ô Poultry has always been touted as the leaner, healthier alternative to beef and pork, but in comparison to poultry and other meats, goat outshines them all. It is leaner, has less fat waste, and is high in iron and low in cholesterol.

Taking all of these factors into consideration, the popularity of raising, selling and slaughtering goats for meat is projected to rise.