5 Steps to Prepare Your Goats for Natural Disasters

We were spared major damage in Hurricane Florence, but the storm showed us what livestock farmers should expect in a natural disaster. Here's how to prepare. 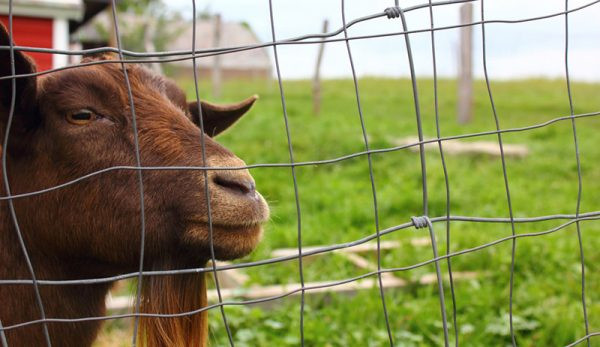 When the National Weather Service predicted that Hurricane Florence would hit North Carolina, our phone started ringing. Loved ones wanted to know whether my husband, Jerry, and I were prepared for the storm. As it turns out we were not prepared‚ÄĒand we didn‚Äôt have much time to remedy that.

Hurricane Florence wreaked havoc in North and South Carolina when it made landfall Sept. 14. The storm dumped more than 30 inches of rain on coastal cities. It broke rainfall records, toppled trees, downed power lines and led to widespread flooding that put major roads under water.

We were fortunate. Our little farm, home to goats, chickens and a donkey, was far enough inland that the storm didn‚Äôt cause too much damage‚ÄĒgood news because we have too many animals to move in a single trip with a livestock trailer, and even if we could have transported them, we had nowhere to go. So, in advance of the storm, we did everything we could to stock up on food and batten down the hatches, er, barn stalls.

The goats hunkered down inside the barn and ate hay until the storm passed, and ehen the rain stopped, we prepared a disaster plan. Here is that plan.

Our barn dates to the 1940s and is showing its age. We reattached some loose metal on the roof as well as sagging siding; materials such as lawn tools and stacks of scrap wood (with bungee cords) that could have gone airborne in high winds and hurt the goats also got some attention. We also finally called a contractor about replacing the roof. The barn could withstand too many more storms in that condition.

2. Stock Up on Food and Water

Several local roads were impassable for days following Hurricane Florence. Thanks to dumb luck, we had enough grain and hay on hand to last for a few weeks. The next time we hear a storm is coming, we‚Äôll check our feed supplies to make sure we can keep the mangers and buckets full if we have to shelter in place.

Losing power was a major concern. We‚Äôre on a well, so no power means no water. We filled the big metal trough that we use to brood chicks (and covered it with a metal grate so no little critters could fall in) and had it waiting just in case.

Our dogs have collars with ID tags and microchips, but we never thought about similar ‚Äújust in case‚ÄĚ measures for the goats. The Washington State Animal Response Team recommends permanent ID methods such as freeze marking, brands and microchips as well as halters and collars with engraved identification tags. We also took updated photos of the goats‚ÄĒtaking shots from all angles‚ÄĒin case the animals get out during a disaster and we need to post ‚Äúlost‚ÄĚ posters online and around town.

If we ever need to evacuate, we have a plastic baggie with copies of our important animal records, including a list of names, sexes, breeds and colors of all of our livestock; health records; and contact information for the local extension office, farm insurance agent, and local USDA and FSA offices.

5. Brace for the Worst

Although we were far enough from the storm‚Äôs path and could shelter in place, questions about whether we planned to evacuate made me realize that we couldn‚Äôt leave because we had nowhere to go. Traveling with goats isn‚Äôt like traveling with dogs; no hotel has a ‚Äúgoat fee‚ÄĚ that allows ruminants in the room. Goats need a pasture with secure fencing and shelter.

The Humane Society of the United States suggests checking with fairgrounds, racetracks, humane societies and convention centers along evacuation routes to inquire about facilities to shelter livestock. We plan to ask friends in a neighboring county whether our little herd can move to their farm in case we ever need to evacuate.

I hope we never have to put our disaster plan into action but, if we do, we (including our goats) are prepared.