Whether pathways on your farm are used for walkways between garden produce or for thoroughfares between barns and pastures, there’s a type of footing for every situation. 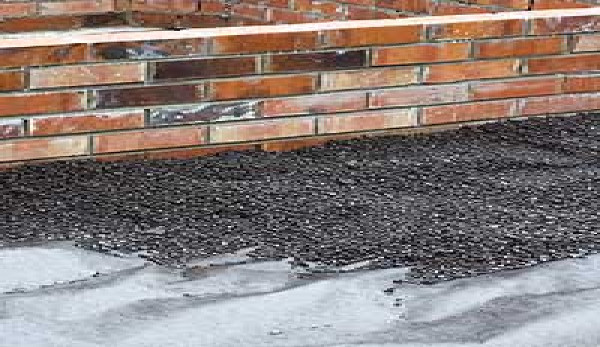 Small gravel paths are a classic feature of small-farm landscaping. Functional, aesthetically pleasing and relatively easy to construct, gravel paths can often be installed in one weekend.

Any local sand or gravel quarry can offer several possible path materials, but a bit more adventurous searching can reveal some truly sensuous small gravels that are not as readily available.

Walnut shells are a good example of an often-overlooked gravelling material, and anyone who has had the pleasure of walking on a path of smooth and slightly polished walnut shells knows the delicate sensuality of such a path.

Natural erosions in rocky areas also produce some exquisite gravels as the natural sifting and grading of the alluvial process often produces swaths of gravel of a very uniform, small-pebble size.

What is Gravel?
The term “gravel” is used to describe a group of small stones that may be rounded or sharp-edged.

Angular gravel is usually a by-product of the solid rock quarrying industries, while rounded gravel is usually dug from gravel pits located where rock was deposited by moving water, such as an old riverbed or beach.

A geologist would describe gravel as an accumulation of small stones between 2 and 75 mm in diameter. (A grain of sand is about 1 mm in diameter; 75 mm is about three inches.)

In farm and garden use, gravel may often contain sand and “fines,” which are essentially rock dust. In the marketplace, gravel is generally classified as either graded, self packing, or rough.

The most common gravels are the inexpensive, rough mixes used for roadbeds. Common roadbed gravels are screened quickly to remove big pieces and they often contain many different sizes of particles, including significant amounts of sand and fines.

Rough gravel is also called chat. Some high-quality chat may have been more closely screened to remove sand and fines, and to produce a uniform particle size.

Graded gravel has been sifted through several different screens so that all the sand, fines and overlarge particles have been removed; the remaining stones are all about the same size. The gravel may also be washed to eliminate any dust.

The most famous pathway gravel is a small, rounded, well-graded gravel called “pea gravel” because the particles are about the size of a pea. Real pea gravel can be relatively expensive, leading some suppliers to offer a small, graded, but un-rounded chat gravel that they call pea gravel. Real, rounded, pea gravel is in demand both for garden and for greenhouse use.

When laid, graded gravels will contain many tiny air pockets in between the individual particles. These air pockets are what give gravel such good water drainage characteristics. Gaps between the particles also allow them to slip and move, giving that pleasurably crunchy feeling when they’re walked upon.

Self-binding gravels, on the other hand, contain a deliberate mixture of particle sizes that all stack tightly against each other. As a result, self-packing gravel pathways do not drain well; care is usually taken to lay self-packing gravel with a slope to facilitate surface drainage.

Common self-packing gravels are often sold by names such as “decomposed granite” and “crushed rock.” Although self-packing gravel is useful from the standpoint that it doesn’t get kicked and scattered around as easily as graded rock, one possible problem with self-packing gravel in garden pathways is that small amounts of the abrasive particles can be easily picked up by shoes and carried inside the home.

Size and Volume
The depth of a gravel pathway directly affects how well a path prevents mud from rising to the top when the path gets wet. Two inches of gravel might look swell the first day it’s laid, but after some heavy use, the parts of the path where people step most frequently will begin to see the gravel sink into the mud below.

Special fabrics that can be spread before the gravel is laid are available, but mud will still come up through thin layers of gravel.

It will be almost impossible for foot traffic to cause mud to surface on a 10-inch deep gravel path. A gravel path for light foot traffic use can be much more casual; a single four-inch layer should be sufficient in most situations.

If muddy areas already exist in a dirt pathway that is to be gravelled, doubling the gravel depth in the muddy areas is advised.

Mechanized vehicles and farm animals are much tougher on gravel pathways than foot traffic; if what you really need is a path on which to drive your tractor or oxen, you’re better off thinking in terms of building a multilayered gravel road, perhaps 12 to 18 inches in total, and extremely well packed.

The classic advice is that a primary path should be at least four feet wide so that two people can walk side-by-side. A three-foot wide path is comfortable for one person and a five-foot path is good for moving light equipment. In today’s smaller gardens, much narrower paths are often used with good effect.

Construction
Path construction usually involves digging out a bed for the path and then filling the excavation with pathway gravel.

Edging is a good idea if heavy use is expected because edge pieces significantly reduce the extent to which the gravel will be kicked and scattered out of the pathway. Edging, whether it is simply 2 X 4s or complex, cast concrete pieces, adds considerable labor, but it can also be a key attractive design element.

Weed killers like salt are sometimes spread before the gravel and weed block fabrics are also used. Any slopes should be gentle and, in the case of large elevation changes, step frameworks should be constructed of wood or concrete, with gravel then filled into the empty spaces in the middle of the steps.

Regardless of gravel type and depth, and whether or not there is to be a base layer, some vigorous compaction is advised after the gravel is laid. Hand or powered tampers can be rented if heavy timbers are not available to make your own tamper to pack down the gravel.

Design
A good gravel pathway does more than keep feet clear of mud; the design of a pathway offers the opportunity to modify the defects of a site.

For example, in a narrow yard, a winding path can make the yard appear wider. A path can also be used to call attention to certain notable features, such as a statue or a favorite flowerbed before it arrives at that point, thereby creating interest.

A good path also links areas visually, and acts as a unifying element to join house, farm buildings and garden into a unified whole.

Beyond structural unification, a path may also provide aesthetic unity by making use of materials used elsewhere on the site. If the house is made from bricks, using bricks as an edging material further smoothes and unifies the house and garden. If white, painted fences are a part of the farm structures, using some sort of white, painted wood in pathway edging or steps will create a more unified effect.

Fancy Gravel
If you’re feeling energetic and the options available at the local construction supplier don’t inspire you, perhaps you should consider seeking a more-exotic gravel for your pathways. Finding a supplier for fancy gravels can be difficult, but there are a number of interesting gravels you can make or harvest yourself with a bit of initiative and elbow grease.

Colored rocks might be just what your path needs to harmonize it with other garden elements. If you cannot find pre-colored rocks that match your color scheme, you can tint the rocks yourself with concrete colorings. Once the gravel is combined with the coloring powder in small batches, wetted, mixed, and then allowed to dry, the resulting gravel will be colorfast.

Many of the nicest gravels are not rocks, but different types of agricultural waste called organic gravels.

At the top of this exotic list is certainly walnut shells. It is difficult to present a convincing word portrait, but a garden pathway made from polished walnut shell pieces feels definitely luxurious. In fact, there are a few suppliers of polished walnut shells in California, where many walnuts are grown, but it’s certainly easier to find un-polished shells, which are not such a hot path covering because of their sharpness. Polishing walnut shells yourself is possible if you have a cement mixer; just tumble the shells with a sand abrasive for several hours.

Glass and ceramics are other unusual pathway materials. Sometimes glass nodules can be obtained from a glassworks, but plain old broken glass bits can become a wonderful path material if they are tumbled to smooth all the sharp edges.

Broken bits of ceramic plates can also be tumbled to make a colorful gravel material. One of the easiest to tumble pathway materials is broken terra cotta garden pots. When smashed to bits with a hammer, then tumbled for an hour with some water and sand, the fragments smooth quickly. Once washed and screened to remove the dust and smallest pieces, tumbled garden pot shards make a truly delightful walking surface. The inherent curves of the pieces makes slippage minimal and the laid shards stay put very well. When wet, they absorb moisture quickly without a hint of puddling; when dry they stay a bit cooler than conventional gravels, probably due to the high air penetration and movement within the path strata.

About the Author: Rick Gush is a freelance writer and small farmer based in Italy.

Want more stories like this one? Subscribe on to Hobby Farms and Hobby Farm Home, your resources for rural living.