Interested in using cover crops in-situ mulch but not sure where to start? Luckily, there are a few options for growing your own organic surface layer. 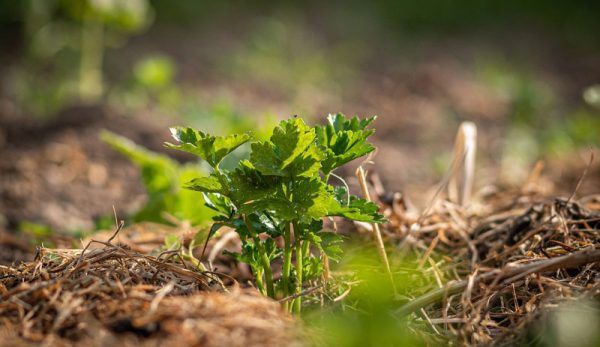 Cover crops are used for fertility, soil protection, and to outcompete weeds. They can also be grown in place as mulch. This in-situ mulch replaces imported mulches to help crop growth by suppressing weeds, retaining moisture, regulating soil heating and more.

Both approaches, however, must be considered wisely.

Flail mowing creates an open-mulch, which can allow aggressive weeds to penetrate. However, pre-weeding with tarp culture and then broadcasting can yield high-density well-mulched crops. The open-mulch helps seed germinate and protects crop development.

However, if crop establishment is low and weed pressure is high, this can be disastrous! Proper pre-weeding and broadcasting is important. Mixing seed with sand helps ensure even broadcasting.

Pre-weeding is still important to remove aggressive weeds. But crimping produces a closed-mulch that is much more weed-proof. This is best for transplanted crops that can easily be planted into mulch.

Read more: Organic no-till growing is good for you and you land.

Rye and vetch are classic cover crops used for in-situ mulch. These are popular for both rolling crimping and the flail mowing method.

Rye actually has a weed-seed-suppressing effect by releasing chemicals into the soil!

Vetch is a legume and adds nitrogen to help your crops grow. Other popular options include oats, annual rye, peas and clovers. Clover are a biannual and need to be killed by tarp culture for best results.

Crops can also be used for in-situ mulch. This is called “crop cover cropping.” In fact, it is really efficient because you have already established a vegetable crop. You just leave it to become a cover crop.

Then you can simply proceed with any of the recommended methods for turning it into an in-situ mulch.

Read more: What exactly is a cover crop? Turns out you have some options.

Sometimes we want the best of both worlds. You may want to grow a crop cover crop and under sow it to rye, which you allow to become a very dense cover crop for in-situ mulch. You may also want to use different techniques for turning the crop into the mulch.

How about rolling and crimping it? Or flail mowing it, then using the zipper bed technique, pulling two pieces of weed barrier to meet in the middle of the bed and plant a row of melons? In this example, the melons would have great access to nutrients and organic matter from the cover crop.

They would also gain weed protection from the weed barrier. And where the zipper meets, they would have a mulch to keep weeds out too. This way, you are less at risk of mis-managing pre-weeding techniques.