Grow Culinary Herbs For Your Chickens & The Kitchen

Culinary herbs are great for the kitchen, and your chickens love the flavors, too! Here are some growing tips to ensure you've always got fresh herbs on hand. 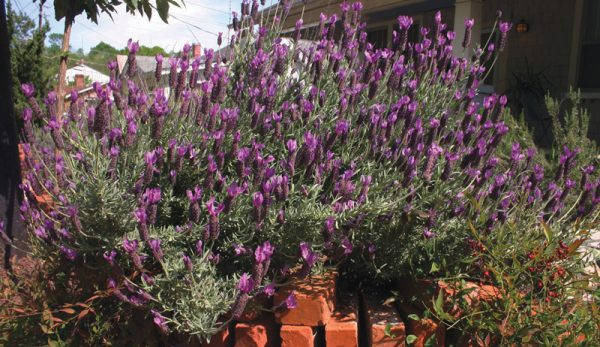 There are lots of thoughts on the benefits of culinary herbs for backyard chickens. Some are based on folklore, some on science. And some is just based on what smells good to a chicken-keeper.

Some culinary herbs are added to feed, spread in the coop or used medicinally. IŌĆÖm not going to address any of that in this column!

Rather, IŌĆÖm going to fill you in on what you need to know to successfully grow many of the culinary herbs recommended for chickens.

By culinary herbs, I mean:

The first two are woody shrubs.

The next six are subshrubs. (This will be important in the section on proper pruning of herbs so you donŌĆÖt accidentally kill them.)

The next five are biennials. (This will matter in discussion of permanent mulches that save time and money and promote seeding-in).

And the last one is an herbaceous perennial bulb and the only one that can be reliably divided to create more plants. (Plus, you can eat the flowers!).

One thing all the 14 culinary herbs listed previously have in common is that they are either native to, or adapted to, Mediterranean conditions. In an eggshell, those conditions are:

So if youŌĆÖre living in Central or Southern California, most likely you already have those conditions. That part of California is considered a mediterranean (lowercase ŌĆśmŌĆÖ) region, as are the other parts of the world known for their wines: central Chile, coastal South Africa and southeastern Australia.

Those conditions listed favor wine grapes and culinary herbs. So if you want to do a bang-up job growing the best wine grapes or culinary herbs outside of those five mediterranean (lowercase ŌĆśmŌĆÖ) regions, youŌĆÖll have to adjust your soil conditions, mulch choices and pruning practices a bit.

Read more: Check out these 5 herbs your hens will love!

The Mediterranean soils in which our culinary herbs evolved have an alkaline pH of about 8. And they do best at that level in terms of fragrance, flavor and feistiness because that high pH gives them just the right amount of soil nutrients.

If youŌĆÖre in the eastern half of the U.S. or the Pacific Northwest, your native soils probably have a pH of about 5. A pH of 8 doesnŌĆÖt sound very far away, but the distance is exponential.

Rainfall will dilute that lime by a third each year, so itŌĆÖs not a one-time thing. But if you or a neighbor heat with wood, you can sustain a proper herb garden pH while safely disposing of your ash each year.

Wood ashes are like lime: They can make nutrients in an acidic soil more available to certain plants and boost microbe populations.

Wood ash has about half the alkaline strength as lime. So if your soil test says to use 10 pounds of lime, use about 20 pounds of wood ash for roughly the same effect. A 5-gallon bucket holds about 15 to 20 pounds of (cool) wood ashes.

ItŌĆÖs dusty and caustic stuff, so wear a bandanna and gloves while spreading it. Because your herb garden is a perennial bed, there is no need to till it in. Rain will dissolve and carry it into the root zone.

And donŌĆÖt worry if you donŌĆÖt have just the right amount of ash. ItŌĆÖs hard to overdo. As long as you keep above a pH of 7, herbs grown for chickens will do well.

Why? Less rainfall equals less plant matter equals less nitrogen-heavy organic matter to decompose in the soil. And Mediterranean natives are adapted to that.

So my advice for prepping or maintaining culinary herb gardens: DonŌĆÖt add nitrogen fertilizer, and donŌĆÖt add organic matter. When IŌĆÖve done taste tests with chefs and other foodies, they could tell the difference.

So save the organic matter for your vegetable garden. And only add organic fertilizers to your new herb bed with little or no nitrogen such as bone meal and green sand for the best flavors.

Then donŌĆÖt add anymore in the future. A good application up front will last decades.

Gravel as a Soil Amendment

If you already have well-drained soil thatŌĆÖs sandy and/or gravelly, skip this section. But if you have soil thatŌĆÖs loamy or especially if your soil is clay-based, listen-up.

To get my clay-loam soils to drain faster, I till the herb bed up. This is a good time to also add organic phosphorus, potassium and lime or wood ash. Then I spread a 2-inch layer of inexpensive 3Ōüä8-inch driveway gravel over it.

With a good gravel rake, I quickly work that gravel into the top couple inches of soil, so that the top 4 inches of ground is roughly 50-50 soil and gravel. The gravel is a permanent soil amendment that allows rainwater to drain faster.

I know that when I mention gravel mulch, many people think of some bleak landscape of surly cactus and dirty white stones. Yes, that would be nasty, but thatŌĆÖs not what I have in mind.

In an effort to remake soil conditions that would somewhat resemble Mediterranean herbsŌĆÖ native ground, I apply a 2-inch layer of a lovely purple-colored gravel as a permanent mulch. (One of my garden clients has advised me to say ŌĆ£merlot-coloredŌĆØ or ŌĆ£cabernet-colored gravelŌĆØ instead!)

This strategy has paid off in several ways.

Why the difference with weeds?

My theory is that perhaps the seeds of Mediterranean herbs need to fall down into that darkness between gravels to germinate. And conversely, the small, windblown annual weed seeds land on a 2-inch layer of gravel and flow down through the voids where they donŌĆÖt get enough sunlight to germinate.

On an organic mulch of bark, the weed seeds land on the surface, get plenty of light and germinate enthusiastically.

But the key here is to apply the mulch at least 2 inches deep to get that benefit. DonŌĆÖt skimp. I put a few 2-inch thick bricks in the bed as a temporary gauge while spreading the mulch.

For a 5-by-30-foot herb bed (150 square feet), youŌĆÖll need 1 cubic yard of pretty gravel for mulch (or cheap gravel for a soil amendment). One caveat: Only use gravel mulch in beds that donŌĆÖt get covered with tree leaves in the fall. ItŌĆÖs very difficult to extract the leaves without making a mess of the gravel mulch.

At the stone yard, gravel often comes in two sizes: 3Ōüä4-inch or 3Ōüä8-inch. I favor the smaller 3Ōüä8-inch gravel, but the larger gravel will work.

You may not be able to buy cabernet-colored gravel locally, but any dark or medium-dark color will do. Anything light-colored will look good the first day and then look as dirty as a white carpet in a house full of dogs and boys after that.

FrankŌĆÖs Pruning Rule No. 1 for Reducing Pruning Anxiety: Recognize that all plants evolved being grazed on. Each plant expects to be whacked back by aesthetically indifferent herbivores such as cows, horses or hippos.

After a few million years of grazing, plants are ready for us clumsy gardeners.

Growing herbs for your chickens helps you get over pruning anxiety. Unlike most evergreens, they provide immediate positive reinforcement: They smell good, and you can do something delightful with the clippings right away.

You sure canŌĆÖt toss holly leaves into the soup with any success.

And herb trimmings have another use. I store clippings of six herbsŌĆölavender, sage, rosemary, thyme, marjoram and oreganoŌĆöin a container with a tight-fitting lid. The resins that give fragrance and flavor to these somewhat woody herbs also make them flammable when dry.

A small handful makes great kindling for fires in the winter.

These six herbs are actually called subshrubs. Their stems are woody at the base but herbaceous at the tips.

DonŌĆÖt clip them all the way back to the base of the branches unless you want to kill them. Leave at least four or five nodes of foliage on the herbaceous part of the branch if you want them to leaf out.

If you want herbs grown for your chickens to look bushy and full, shear the foliage back only by half with hedge clippers or hand pruners. Otherwise, theyŌĆÖll get leggy and open.

Spring and early summer pruning suit these six plants best. Like many culinary herbs, they evolved in the mild winters of the Mediterranean. They simply donŌĆÖt know how to go dormant in cool weather.

Hard winter pruning that works well for most perennials only stimulates culinary herbs to make new growth on warmish winter daysŌĆönew growth that can be killed by the next cold front. But cutting a few snips of herbs for the chickens or the kitchen (or both) in winter wonŌĆÖt hurt.

So hopefully the aromatherapy has reduced your pruning anxiety. But if not, I bet thoughts of a tasty dinner and happy chickens will.