To move forward in life, every child must begin to evolve from the moment of conception, growing and changing until we thrust ourselves out into the world. 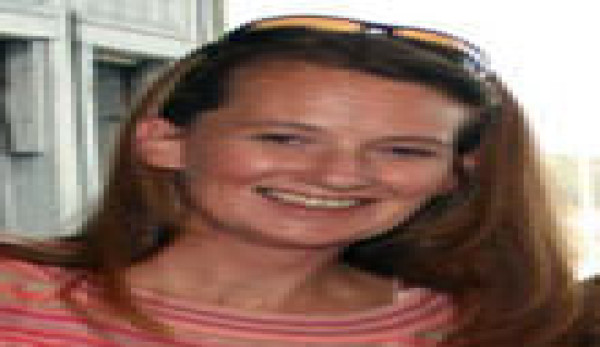 To move forward in life, every child must begin to evolve from the moment of conception, growing and changing until we thrust ourselves out into the world.

As parents, we also evolve with every child, shifting from the “boil everythingâ€ť phase to the “5-second ruleâ€ť phase. Itâ€™s not that we donâ€™t care about the welfare of our later offspringâ€”quite the contrary. We simply learn through our practice children that we cannot protect them from the dangers lurking behind every corner.

When Aaron, No. 2 in the line-up, was about 4 or 5, he found a wounded butterfly in the backyard. He pleaded with me to fix it. Like most mothers do, I put my nursesâ€™ cap on and set up a rehabilitation habitat for the poor butterfly. We lined a 5-gallon bucket with various grasses, stems and blooms and then covered it with a screen. For three days, my son sat and watched the little butterfly, making sure it had water and fresh greenery daily.

Finally, fearing we would soon find the little thing dead in this bucket, I decided to release it back into the world. At least there it could die in peace and not under my sons innocent eyes. Aaron and I took the bucket outside and removed the screen top. The butterfly, sensing freedom I assume, made its way up one of the twigs to the bucket brim. Teetering there momentarily, it made a wobbly attempt to fly. It was almost successful, too! Unfortunately, it was in that moment that our cat came barreling out the opened back door, leapt into the air, catching that poor butterfly midflight, and ate him.

As homesteaders, we are fortunate to see the constant evolution of ourÂ gardens and farm animals. We stand in awe at the seed that pushed and shoved its way through the dirt. It stands tall, facing the sun, leaves open to receive heavens waters until suddenly it blossoms, bearing the fruits of its labor as a gift to us. As a bonus, Mother Earth ensures her survival by bringing forth more seeds, and the process begins again.

I think sometimes we, the homesteading community, forget why we started down this path to begin with. We get caught up in the specifics of the right ways verses the wrong ways to plant our gardens that we forget, or overlook, the basics. Seed, dirt, water, sun. Seed, dirt, water, sun. We become so obsessed with every potential danger, we can lose sight of our basic goal: simplicity.

I once asked my grandmother how she seemed to be able to grow anything. Her reply, “I stick it in the dirt. If it grows, itâ€™s a good spot. If it doesnâ€™t, I move it!â€ť Oh, OK!

So what happens when you combine an evolving parent with a novice homesteader? People like me. Fast-forward eight years from the “Death of a Butterfly,â€ť add two more children, and move the location from the city to the country. While the characters are the same, the story is much different. Sure, I still take in injured critters, but we are all beginning to clearly see the individual roles we play in the larger presentation.

Last year, my 8-year-old, No. 3 on the team roster, had a recycling project for school. He needed to make a poster showing a basic recycling practice, as well as its direct and indirect effects. He showed a chicken laying an egg, the family then eating that egg, and finally the egg shell being either put in theÂ compost bin or crumbled up and fed back to the chickens. His direct effect application showed strong chickens from their additional calcium; his indirect path showed plants growing from the compost dirt and then fed to the chickens. I assisted him with cutting and gluing, but the concept was his own. He had originally wanted to have “family eating the chickenâ€ť as part of the overall process, but I thought it might have been a bit much for his fellow second graders!

As a parent, I am always concerned with my childrenâ€™s physical and emotional well-being. But as a homesteader, my views of the world have changedâ€”many of them anyway. I am seeing things as part of a cycle now; part of a process. This process will continue whether I intervene or not. I must remember I am the student. It is my job to learn by observing. I am not reinventing the wheel; I am simply applying the principles nature is trying to teach me. Sometimes I will be successful; sometimes I wonâ€™t. Sometimes I just need to stick it in the dirt and see if it grows.

As a city parent, I was mortified that my child had to witness such a vicious attack on his beloved butterfly. As a homesteading parent, I see the butterfly as a source of food for the feline. I see the prey versus predator relationship. (Truth be told, in both mind sets I am secretly laughing my butt off, even eight years later!)

Itâ€™s our job as parents to teach our children we are all a part of a cycle; part of a process that is ever changing and growing. We cannot foresee every danger, but we cannot be paralyzed by them either. Of course, we teach them the basicsâ€”wash your hands, brush your teeth, donâ€™t track chicken poop through my houseâ€”but we canâ€™t boil everything in their lives.

Sometimes we need to remember this in our garden, as well. We can learn about all the various methods of growing and planting, and we should, but we canâ€™t allow it to keep us out of the dirt all together. Rachael Brugger wrote about this very thing last week in her blog post “Trust Yourself.â€ť We can get very overwhelmed with all the details, but donâ€™t let that stop you from being a “farming superstar.â€ť (I love that expression!)

To her sentiment, I add my own: We are forever changing, forever evolving and forever learning, but the basics will forever be the same: Seed. Dirt. Water. Sun.