Ginseng is an easy and profitable plant with an ancient medicinal tradition. And you can grow ginseng in your garden, in plots or in unused woodlands. 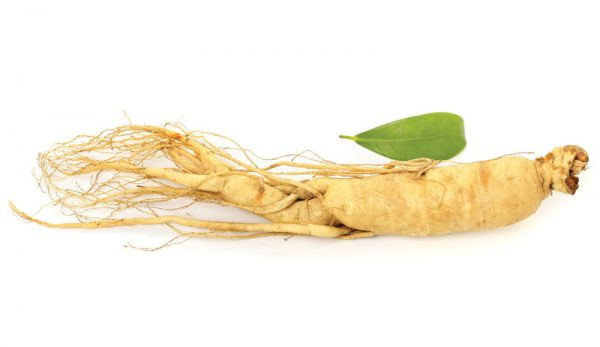 Hereās a tip. When you hear that a much-sought-after wild plant is being over-harvested, think āprofitable farming opportunity.ā Iām not saying itās good that some species of wild plants are being overharvested. Obviously thatās bad. But it also tells you there is a significant demand for that plant in the market, and thatās where any smart farmer wants to be. Plus, youāll take pressure off the plants in the wild.

Thereās no need to be put off by the fact that the plant is described as āwild.ā Every cultivated plant in your farm or gardenātomatoes, wheat, roses, yarrowāstarted as wild. They remained wild until some clever stone-age foragers deduced that they could save a lot of walking time by growing that wild plant behind their hut so it could multiply and be close at hand for food, flowers or medicine.

Thereās no good reason for humankind to stop doing that with desirable wild plants. Take for example the wild edibles called ramps. Ramps have been so overharvested that gathering them in Quebec and the Smokey Mountains has been outlawed. Fortunately, ramps grow well in many parts of the country beyond their native habitat of the Appalachian Mountains. And being wild doesnāt mean theyāre invasive. They can be cultivated, harvested and sold at a good price with little trouble. Not only does that benefit the farmer and the consumer, it eases pressure on the wild populations.

Another desirable wild plant that is being overharvested is the medicinal plant known as ginseng. The Chinese have depended on ginseng as a general tonic for thousands of years as part of whatās called traditional Chinese medicine. As plant populations in Asia were harvested at a faster rate than they can reproduce, foragers in North America began gathering and shipping it abroad with similar results. Fortunately, agricultural researchers in North Carolina are working with small growers to fine-tune cultivation practices that will protect the wild populations while satisfying both the market and the bank accounts of small growers.

Ginseng (Panax quinquefolius) grows naturally on sloping soils in deciduous forests with mild summers and cold enough winters to cause the seeds to germinate: The Appalachians and their foothills or similar territory are best. So if youād like to turn those lovely, yet unprofitable, woods on your land into a moneymaker, you can grow ginseng to begin earning income.

Planting ginseng seeds or roots in existing woods can be a very low-effort propositionāsimply throw seeds in likely areas and develop your capacity for patience. Or you can go to greater effort by clearing brush, tilling up beds, carefully planting seeds or roots on a 6-by-6-inch pattern and covering with an inch or two of mulch. Irrigation is optional but can speed up production.

Ginseng plants do best under trees or shade cloth that provides 75 percent cover. A canopy of coniferous trees is too dense, and their roots would suck up too much water. If you have woodland that has ginseng, trillium, bloodroot or mayapple, you already have good growing conditions. If youāre willing to invest more money, you could grow plants more intensively in open ground under shade cloth. Set your posts to keep the shade cloth about 8 feet high to allow for airflow and headroom for workers. Whether under trees or shade cloth, shoot for a pH of 5.5, and goose the phosphorus levels: Thatās the critical nutrient for root production. Also, keep weeds down and mulch up.

At this stage of the market, you can grow ginseng for two valuable crops. The roots are one crop, which can sell for about $30 a pound for smooth roots from intensely cultivated plots or $60 a pound for gnarly roots growing among trees after four to seven years. But itās considered a ālethal harvest,ā as the plant has to sacrifice itself for you to make any money (so an earnest āthank youā is in order at the end of each harvest day). Dig the roots after the tops have gone dormant in late summer or early fall.

Because youāre not the only one considering entering this market, the seeds are also valuable. Seeds can go for about $65 a pound if they have been exposed to cold for a season (stratified) so they can germinate the following spring. You need only to gather 8,000 seeds to make a pound. Flowers show up in the plantsā third year. The plant emerges in May and flowers in July, and the berries are ready in September. Seeds can be harvested for several years before the root is big enough to dig up and sell. So you can be making some money to cover your overhead before the roots are dug and the process starts over.

Tuberous roots are attractive to many rodents. Maintaining a colony of barn cats might be the answer if this becomes a problem.

Whether planted in the woods or under a shade cloth, ginseng benefits from mostly weed-free beds. Less competition for moisture, sun and nutrients means bigger roots, more quickly. So eliminate perennial weeds before prepping your beds. And manage annual weeds with timely mulching, spot-spraying and hand-weeding.

In the wild or woodland plantings, ginseng is generally free of insects and diseases. In intensely grown beds, there can be a few problems. If they are planted too closely in humid conditions, the moisture can bring on mildew on the leaf and stems. If there is too much irrigation and/or not enough drainage, root rot can take hold. You wonāt see much of this in the woods or in low-density woodland plantings, as the tree roots quickly suck up excess moisture.

Applying too much nitrogen fertilizer can also stimulate diseases and insects. Excessive nitrogen for plants has an effect similar to excess sugar for kids. The sugar may well bump up your kidsā activity and their waistline, creating the appearance of āgrowth,ā but it will also promote health problems. Likewise, too much nitrogen makes plants grow quickly and green up nicely, but it also makes them more attractive to bugs and diseases.

Finally, if you grow ginseng in intensely cultivated plots, you will be at risk from thieves, also called poachers. The USDA has not approved any pesticides for that problem, so you might need to find yourself a good junkyard dog.

As a new crop, the numbers on production and profit for ginseng are almost as vague as a summer weather forecast. But the folks in North Carolina do have a few numbers to chew on (see below).

If nothing goes wrong, then a well-tended acre of intensely cultivated ginseng under shade cloth will net you about twice the profits of an acre grown in the woods ($76,000 versus $36,000). And youāll have that salable crop in four years instead of six. But to accomplish that youāll have to invest almost 50 percent more money ($53,000 versus $37,000). The biggest up-front cost for the intensely cultivated acre would be $14,000 to cover that acre with shade cloth.

Learn more about how you can grow ginseng at the N.C. Cooperative Extension, or order a copy of Growing and Marketing Ginseng, Goldenseal and Other Woodland Medicinals by Jeanine Davis.