Grow Heat-Loving Crops—Even In the North

Northern growers can also look forward to peppers, tomatoes and melons this summer by planning ahead and choosing varieties wisely. 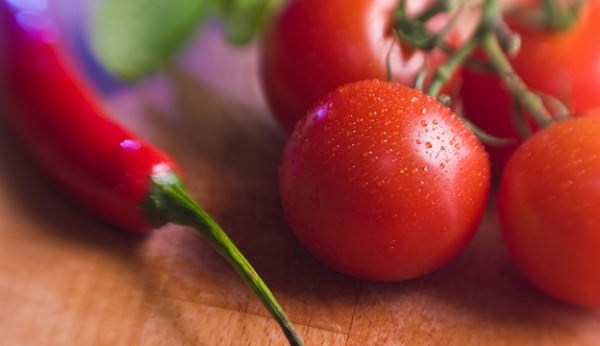 When many people think about what they’re going to plant in their summer garden, a few must-haves are peppers, tomatoes and other heat-loving vegetables. This poses a problem for northern gardeners who have cooler summers and downright chilly evenings. While the temperatures are perfect for sleeping, they’re not as effective for raising impressive tomatoes. Fortunately, there are a number of varieties that will be ripe and delicious in the short season, especially when grown using a few simple techniques.

Tom Stearns, founder and head seedsman of High Mowing Organic Seeds in Wolcott, Vt., is used to dealing with cool temperatures when other parts of the country are into prime planting weather.

This isn’t out of the ordinary, which is why he’s chosen varieties make the most of the short season. Stearns is quick to recommend a few strategies to ensure a successful garden in a cool climate.

“Even when you find really good genetics, you still need to help [the plants],” he says. For example, northern gardeners need to think ahead and get a jump on seed-starting so they’ll have larger plants to set out in the spring.

Gary Britton, a gardener in northwestern Montana who shares his growing experience on the NW Gardening Club Facebook page and through his YouTube videos, is well aware of the need to start plants early to have them well on the path to maturity once it’s time to set them outside.

“I start planting seeds in February and March in the house,” he says, to be able to plant them outside by the middle to the end of May.

“We routinely keep peppers, eggplant, tomatoes, and melons covered [in floating row cover] for the first month,” he says. “The difference is so huge between the covered and uncovered plants.”

The three most-popular heat-loving crops for most gardeners are peppers, tomatoes and melons. While many northern growers resign themselves to harvesting immature peppers, green tomatoes and simply not even bothering to plant melons, these veteran gardeners share their insights on what varieties will produce in a short season.

Peppers are jewels in the garden, but when the nights are cold, it can be difficult to coax them into ripening before a frost. “King Crimson is by far my favorite,” Stearns says. “It’s a new open-pollinated variety. This is a green-turning-to-red bell pepper. This is a good standard normal size.” King Crimson only needs 60 days to reach the green stage and an additional 10 days to become red.

Still, there’s other people want a little heat to their peppers.

“One I really like that a lot of people don’t know about is the Black Hungarian,” Stearns says. Although it doesn’t have as much heat as a jalapeño, it offers good flavor with a little bite.

For more intense heat, he recommends the Maya, a red habanero that is an early producer boasting vigorous production.

Britton, who grows for his own family as well as for local farmers markets, opts for a rainbow mix, which includes red and purple bell peppers, as well as a banana pepper.

“All of my seeds are purchased from Irish Eyes,” he says. This company, now located in Washington, originated as Garden City Seeds in Hamilton, Mont., so they focus on short-season varieties.

The Hungarian Hot Wax is a quickly maturing 4- to 8-inch-long variety that offers medium heat on a prolific pepper and is very good for any dish that needs an extra zip of flavor. The Sweet Chocolate pepper is a purple type that matures in 68 days.

When it comes to short-season tomatoes, Britton sticks with the basics for his garden: beefsteaks, Romas and cherry tomatoes. While it’s sometimes difficult to find a beefsteak that matures in a short season, Bonnie Best is an heirloom that grows 6- to 10-ounce fruit in less than 70 days, and Bush Beefsteak matures even earlier yet is a very vigorous producer.

Sungold is probably one of the favorite cherry tomato types for any gardener, as the prolific plants produce baskets of incredibly sweet fruit in just 62 days.

For a paste tomato, he recommends the Roma. This is a determinant variety, so the bulk of the tomatoes ripen at the same time, making it convenient for canning sessions.

“A lot of people think you can’t grow watermelon or cantaloupe in the north, but you definitely can,” Stearns says. As long as you use the heat boosting techniques and choose the right varieties, you can enjoy these sweet treats during the summer.

“The variety I like the best is Sivan,” he says about cantaloupe. “It’s really the highest sugar content of any we grow.” The vigorous plants produce a multitude of 2-pound fruits. He also notes that Sivan is resistant to powdery mildew, which can affect crops in late summer and suck the sugar content right out of the fruit.

Watermelon isn’t out of the question for northern growers, either. “We get watermelon at the end of July, or the first week of August,” Stearns says. Blacktail Mountain is a standard watermelon variety he likes. “It’s amazing. It’s sweeter than Sugar Baby, and yields a lot more.”

For a specialty watermelon, he recommends the Orange Glo, which has orange flesh and is really sweet. “It wins our taste tests every year,” he says.

Being able to grow watermelon and cantaloupe in the North—even if it’s not a 15-pound behemoth—is proof that with a little ingenuity and wise choices, northern gardeners can still enjoy a bountiful harvest of heat-loving crops in a short, cool season.