Grow These Old-Fashioned Flowers For Something ‘New’

Looking for something new for the garden? Try these old-fashioned flowers! The varieties are less common than they used to be, but they're still worthwhile. 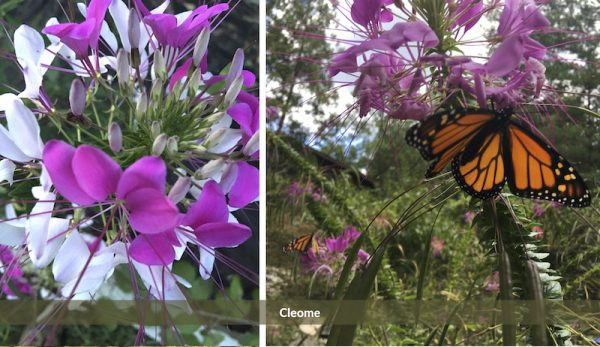 Your local garden center may have plenty of yarrow and coneflowers, but what if you want something really different? Sometimes what’s old-fashioned feels altogether new. As it happens, many of the flowers our grandparents and great-grandparents grew are worth inviting back to our own gardens.

Less common, old-fashioned varieties of flowers naturally turn heads. Some add serious flair to bouquets. Some really pack a punch for pollinators. And others are irresistible to hummingbirds. Here’s a roundup of five old-timey types to consider.

Bells of Ireland has a roughly 1-foot-wide spread, making it a well-behaved border plant. Because Moluccella laevis is so structurally interesting and delicately hued, it’s a nice addition to both cut and dried flower arrangements.

While you aren’t likely to find a six-pack of these bedding plants in stores, you can find bells of Ireland seeds. Keep in mind that they need cool soil temperatures and light to germinate. Also, germination can take up to four weeks, so be patient.

Once seedlings emerge, avoid overwatering. They’re susceptible to damping off.

Native to the Mediterranean region, bells of Ireland thrives in full sun and moist, well-draining soil. It may act like a perennial in parts of the southern U.S., but, for the most part, it’s a self-seeding annual.

Cleome (Cleome hassleriana) likewise could be considered a perennial in warm climates. For the most part, though, it’s an annual with the potential to reseed. Cleome or “spider flower” grows up to 5 feet tall or more, and its leaves look a lot like those of cannabis.

Cleome produces a series of floral sprays in purples, pinks and whites that bumblebees, butterflies and other pollinators love. It also forms scores of narrow seed pods that arch away from the plant on threadlike filaments.

Cleome foliage is slightly sticky and pungent-smelling, but don’t hold that against it. It is, after all, a prolific and long-term bloomer. What’s more, Cleome hassleriana tolerates heat and drought conditions like a champ.

Cleome grows best in full sun and rich, well-draining soil. I’ve found that sowing seeds 2 to 3 feet apart directly in the garden is the easiest way to start cleome.

Read more: You can establish a pollinator corridor to help beneficial bugs in your neighborhood.

With bright, brain-like flowers perched atop sturdy, 3-foot-tall stalks, cockscomb (Celosia cristata) is another standout among old-fashioned flowers. (Incidentally, you may have seen “celosia” or Celosia spicata for sale at your local garden center, but this usually refers to a slightly different kind.)

Available in deep burgundies, pinks and even oranges, cockscomb is attention-getting in fresh and dried bouquets. (But, while dried cockscomb retains its shape and structure well, its color will fade.) Cockscomb is a reseeding annual, but it may work as a perennial in warmer climates. It tolerates high heat well.

Native to Peru, four o’clocks (Mirabilis jalapa) are a bushy, tender perennial covered in trumpet-shaped flowers that hummingbirds adore. Four o’clocks are so named because the flowers don’t open until late in the day. Once open, they release their heady fragrance, remain open all night, and close up at dawn.

Once established, Mirabilis jalapa likes to spread out. A single plant can grow to be 2 feet wide and a few feet high. It also can withstand a fair amount of heat and drought.

Four o’clock flowers are usually pink, red, white or yellow. Some individual plants may include multiple colors. There are also variegated color combinations.

Still, the closer you stick to open-pollinated, heirloom varieties, the better. (The quality or amount of a variety’s nectar can be negatively affected by too much manipulation.)

Read more: Check out these late-season butterfly flowers you can grow in your garden.

You may know hollyhocks (Alcea rosea) when you see them, but have you considered growing these old-fashioned flowers yourself? Reaching up to 8 feet with a profusion of saucer-like flowers, they’re another hummingbird—and pollinator—favorite.

But they’re technically biennials. That means they usually won’t flower until the second year of their life cycle. But once they do? Hollyhocks are head-to-toe with 4-inch blossoms in a range of shades, including creams, yellows, reds, pinks and even a glossy black.

Can’t find plants for the variety you want? Simply press seeds onto warm, moist growing medium. (Hollyhocks require light to germinate.) In two weeks, you should have seedlings, and next year, you should have blooms.

Alcea rosea can self sow. However, so you’ll have plenty of simultaneous bloomers, you might want to set out additional, new plants annually.