Tired of the same old "green” beans. Liven up your garden and your plate with this colorful cultivar. 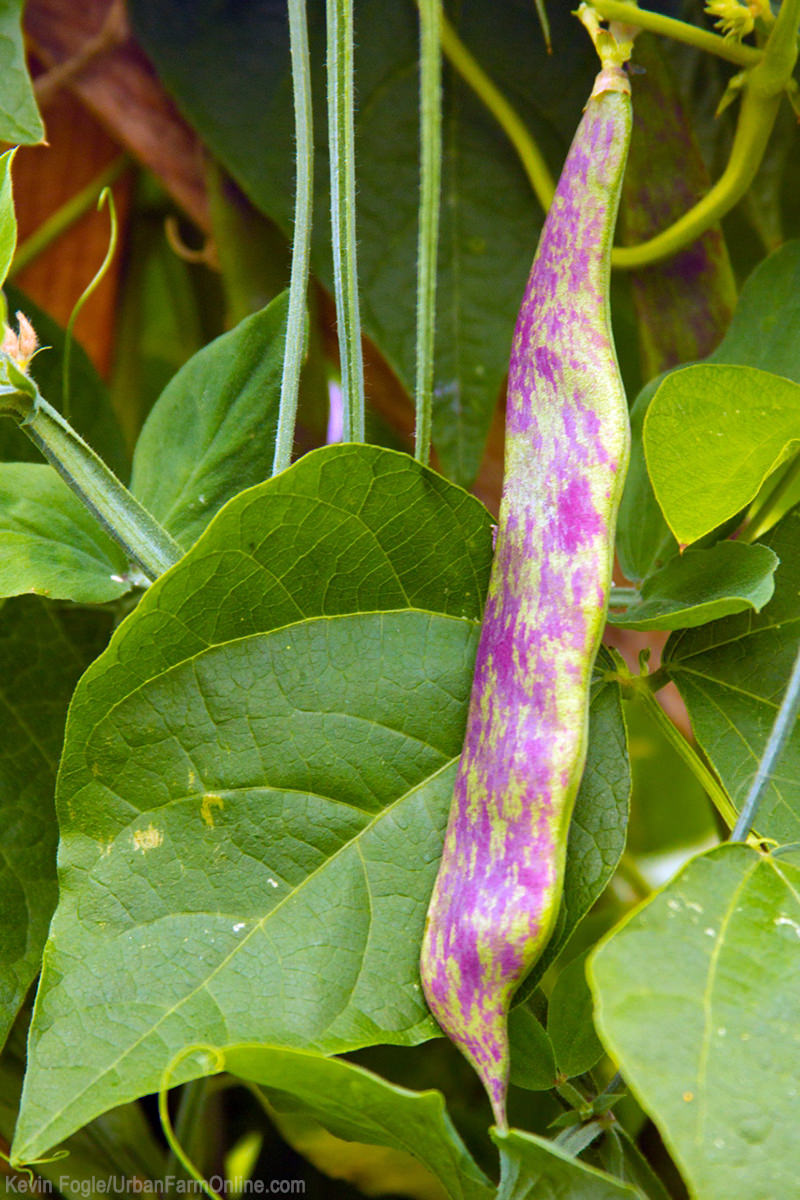 I first encountered the Dragon’s Tongue bean several years ago on a work trip to the West Coast. While exploring the expansive community gardens of San Francisco and Seattle, I noticed a very distinctive yellowish wax bean with purple flecks and stripes being grown in many plots. At a cooking demonstration hosted by a local farmers market later that week, I was able to match those mystery beans to the name Dragon’s Tongue (Phaseolus vulgaris), a relatively well-known Dutch (or possibly French) heirloom cultivar that dates to the late 18th or early 19th centuries.

Also known as Dragon Langerie, Dragon’s Tongue is a bush-type bean with purple flowers. It produces gorgeous yellowish-green beans with bright-purple mottling. The waxy string-less pods reach 6 to 8 inches long at maturity and have superior flavor. They can be harvested young and eaten in their entirety or left on the plant to dry until the seeds rattle in the pod. The fully dried beans display the same amazing colors and can be saved for use in a range of dishes from soups to rice and beans. The freshly harvested young beans can be eaten raw, steamed, stir-fried or even pickled. The cooked beans will lose most of their stunning purple mottling but not their culinary appeal. I tend to eat the sweet young beans raw in salads or in other side dishes so that I can enjoy the striking visual appeal of the beans with my meals.

Growing Dragon’s Tongue beans is relatively simple. Plant the beans in rows with seeds set at 1 inch deep and spaced every 3 to 4 inches. Water generously and uses light mulching to help hold moisture around the beans’ shallow root system. As with many crops, it is good idea to avoid watering the foliage, which can encourage disease to set in.

Mature plants will reach a maximum height of 2 to 3 feet without support. After flowering, young beans are ready to harvest sometime between 12 to 15 days. Eat within the first three days to ensure decent flavor and texture. Common pests to the Dragon’s Tongue bean, like many other bean cultivars, include Mexican bean beetles and bean weevils.