A once-popular cool-season crop, collards should become a mainstay in your garden. 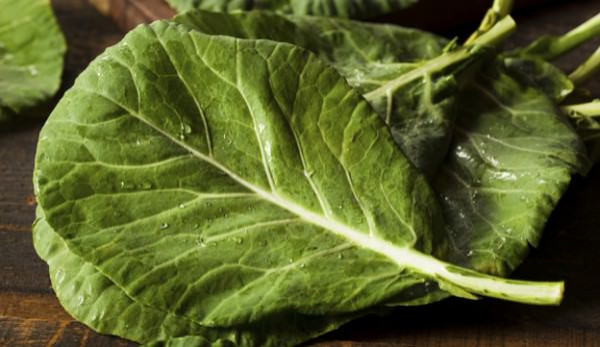 I donâ€™t think urban farmers grow collards much outside the South, and even in the South, young urban farmers rarely grow them. I think the reason is that long ago, many Southern families and restaurants acquired the bad habit of overcooking vegetables, including collards. (I was in my 20s before I met a vegetable that crunched!)
For many people, vegetables that are cooked until they have a soggy texture and an army-green color are not appetizing. Thereâ€™s no rulebook that says collards have to be cooked that way. This is fortunate because lightly cooked collards are a delicious, healthy, cool-season crop. Collards are rich in vitamins A, C and K, and they have been shown in studies to help prevent cancer and lower cholesterol levels.

Growing collards is easy. Put transplants or seeds out in sunny, rich beds about eight weeks before the first frost of winter. Leaves harvested after that first frost taste sweeter; cold temperatures turn the starches to sugars. Collards take the Southern heat, but urban farmers value them for their cold-hardiness. We harvest collard leaves in zone 7 all the way through below-freezing temps in winter and into early spring. Thatâ€™s when urban farmers plant the next collard crop, six to eight weeks before the last spring frost. Collards can be a terrific summer crop for Northern states, too.

Collardsâ€™ main garden pests are various green caterpillars; I look for them under the leaves and smash them with my fingers. If that makes you queasy, sprinkle the leaves with the organic dusts of diatomaceous earth (aka DE) or Bt, otherwise known as Bacillus thuringiensis, a bacteria that only affects caterpillars. Bt wonâ€™t harm beneficial insects, pets or people.

Harvest the lower leaves when theyâ€™re bigger than your hand, but allow the growing point to continue producing. I cut out thick stems, stack the leaves, roll them up like a big green cigar and chop them into 1-inch-wide strips on the cutting board. My wife calls this cutting technique “chiffonade,â€ť but that canâ€™t be right because it translates as “ripped-up pieces of rags,â€ť which doesnâ€™t sound appetizing!

Years ago, as a proponent of bachelor-survival cooking, I was charming potential mates with dinners that included a side of homegrown collards lightly sautĂ©ed with onions and garlic in olive oil (or bacon grease). When serving omnivores, tossing in bits of bacon didnâ€™t hurt. Â If not overcooked, steamed or sautĂ©ed collards have the same bright, dark-green color as spinach. Their texture has a similar satisfying succulence.

North or South, collards can be the healthy and tasty green stars of your garden and dinners.