Growing Artichokes in Your Garden

Use our Green Thumb advice for growing artichokes in your garden. 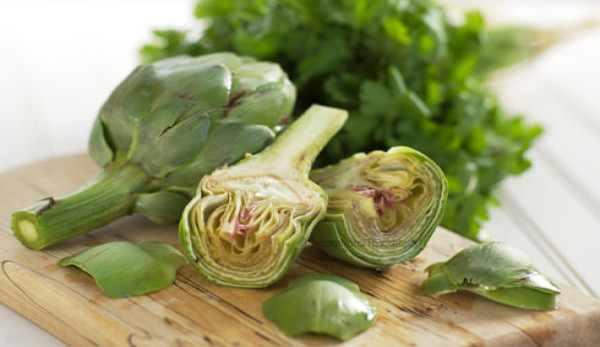 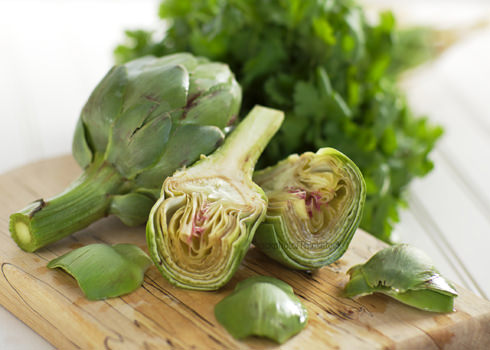 Artichokes are grown as perennialsÂ in milder climates.

When I see expensive produce at the market, I think, “Iâ€™m gonna grow that.â€ť So, for most of this century, Iâ€™ve enjoyed growingÂ artichokes. I didnâ€™t know anyone in North Carolina, where I live, who grew them, but I believed I could figure out what the plant needed.

Like many plants from the Mediterranean, artichokes have narrow, grayish leaves that indicate a preference for mild winters, full sun, excellent drainage and lean, alkaline soil. Being from the Mediterranean also means they relish droughts. When my local garden center started carrying artichoke seedlings, I snapped one up. (I could have started it from seed, but Iâ€™m an impulse shopper/planter.) I put the artichoke in a dry, sunny spot and amended the soil with a bucket of gravel to improve drainage and a couple of handfuls of pulverized lime to raise the pH.

I planted the artichoke in my backyard and a similar plant called a cardoon in the front yard. But by the time they set flowers, I knew that both had been mislabeled at the nursery. Until they set flowers, these two plants are very difficult â€” if not impossible â€” to tell apart, because the artichoke is bred from the cardoon simply to have bigger, edible flower heads. Their leaves are practically identical, and Iâ€™ve heard stories of other gardeners buying mislabeled plants. You have been warned.

Having the artichoke in the front rather than the back wasnâ€™t a problem. Our main vegetable garden is also in front, so weâ€™re able to harvest a few things for dinner on the way in from work. Artichokes produce a fist-sized flower bud (a cardoonâ€™s flower is only the size of a big fig. Harvest them before the petals start to show. You might have to let the first one flower (theyâ€™re lovely), so youâ€™ll recognize its stages of development.Â

I live in hardiness zone 7, and many books describe artichoke as a zone 8 plant. But my Green Globe artichoke had survived five hard winters by the time I decided to divide up the offshoots. Digging up the plant was tougher than I expected: It had a taproot that broke off at 14 inches long and almost 1 1/2 inches wide. Seven smaller artichokes had grown from the horizontal roots, so I potted them all up. They separated easily by hand; I simply broke off the lateral roots. But an early cold snap killed all the artichokes in their containers. Roots above ground in pots experience weather as one zone colder; they thought they were in zone 6, so I lost them all. Live and learn. Iâ€™ve since planted another artichoke in a limed and graveled garden bed with other Mediterranean plants. No way am I going to pay market prices for artichokes now that I know I can grow them in my garden.Â