Horticulturalist Randel Agrella from the Missouri-based seed purveyor spotlights five heirloom varieties that will brighten up your farm and garden plans. 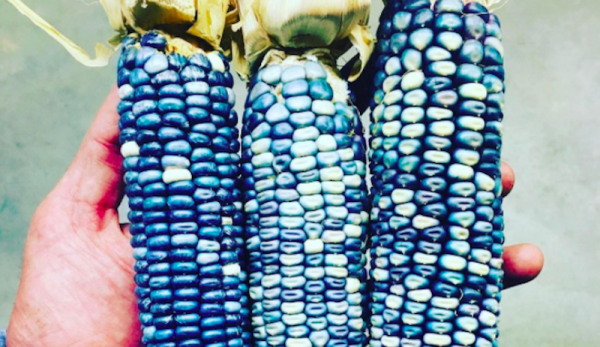 “When people say they have a great tasting tomato, they comare it to the Brandywine tomato,” says Randel Agrella, a horticulturalist at Baker Creek Heirloom Seeds. “It’s still the standard.”

We spoke to Agrella about five heirloom varieties to consider if you’re looking to pep up your garden or hobby farm, including the off-kilter Toothache Plant.

“I’m personally very interested in southwestern seeds,” says Agrella when asked to pinpoint some of his favorite varieties. “I’d go with some of the Native American corn, like the Hopi Pink and the Hopi Blue.”

Agrella adds that the Hopi varieties of corn aren’t for fresh eating. But they work as a treat for decorative purposes and grinding down into flour.

Read more: Learn about growing storage corn in the garden for a range of uses!

Digging deep, the Baker Creek vault includes seeds for a variety known as Banana Melon. Agrella says that these large, elongated melons are mentioned as far back as 1885 in J. H. Gregory’s seed catalog.

Highlighting the eye-catching nature of the melons, the catalog’s archived entry from that time reads:

“None of the 170 varieties of vegetables exhibited by me at the Essex Agricultural Society in the fall of 1883 created a greater interest than the Banana Melon.”

“Brandywine was probably the one that kicked off the heirloom movement,” he says. “Although it’s a wonderful fresh tomato, people don’t realize that it also makes a decent canner. I’ve spoken with Amish people who insist on that one for canning.”

Agrella points out that Brandywines can also sport variable looks, often veering to the “funky” side of things with “kind of lobes on it rather than a smooth round sphere.”

Zappalito de Tronco was one of the first seeds to pique Agrella’s interest when he began his heirloom journey.

It’s an Argentinian summer squash that Agrella says he discovered while “spending a season reading seed magazines rather than gardening.” Taste wise, the squash skews to the sweeter end of the spectrum and possesses a tender quality.

Finally, if you’re really hankering after a conversation starter for your farm or garden, consider picking up some Toothache Plant seeds.

Agrella explains that the lore of the Toothache Plant goes back to “olden times.” It was prized for its medicinal ability to numb the mouth and was recommended to alleviate inflammation issues.