With the homebrew boom comes a much-needed resource: farm-grown hops. 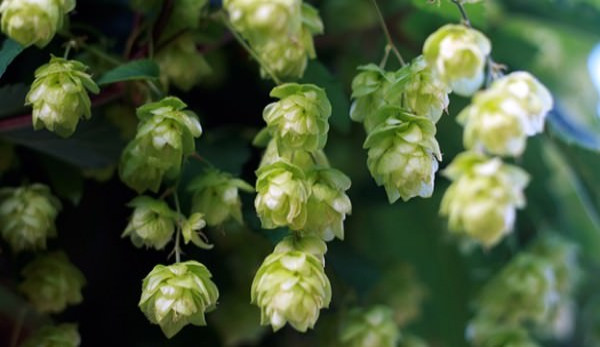 Started as a commercial crop on the East Coast as early as the 1600s, hops¬Ýsoon expanded to the sprawling acreage, vast water supply and ideal growing conditions of the Pacific Northwest. While the majority of the United States‚Äô commercial hop production is now in Oregon, Washington and Idaho, the craft brewery boom has spawned an interest in small-scale production across the country. Hobby farmers, small commercial breweries and homebrewers are now successfully producing small-batch hops from New Jersey to Kentucky to Colorado.

If you can farm or garden, you can grow hops. With the increasing number of craft breweries and homebrewers, and rising interests in locally sourced ingredients, those hops can supply a consumer demand beyond your own homebrewing hobby.

Mark Maikkula is the general manager of Boyd‚Äôs Bottom Hops & Wildlife in Lexington, Ky., and vice president of the Kentucky Hop Growers Alliance. ‚ÄúDo your homework and know your costs,‚Äù he says. ‚ÄúHops are a hearty plant, but require a lot of care and attention.‚Äù

Maikkula stresses that site selection is crucial. Jan-Erik Paino, founder of Ruhstaller Brewery in Sacramento, Calif., and Ruhstaller Farm & Yard, a hop yard located in nearby Dixon, Calif., considers a fair estimate on investment to be $15,000 for a full acre of hops.

When selecting your site, keep in mind that hop bines‚Äînot a typo: Hops are technically bines, not vines, which grow around a support structure in a helix, while vines climb using tendrils or suckers‚Äîcan grow to 15 to 20 feet, but research conducted at Rutgers University found that a 10-foot trellis can be sufficient while also allowing for easier hand harvesting. Much of the initial costs will go to building the trellises necessary for the bines. In addition to these support systems, hops need direct sunlight and well-drained soil in an area that is protected from wind.

Hops are a perennial and produce bines annually. There are separate male and female plants, but only the female plants produce the flowers known as hop cones. These cones contain lupulin, the aromatic oils and resins that give beer its characteristic flavors.

Hop rhizomes can be purchased online or at brewing-¬≠supply stores, and they are usually available from March to May. Rhizomes can be planted as soon as the soil is ¬≠workable, but it‚Äôs best to plant after the final frost. Hops should be planted in rows of hills about 8 feet apart with two rhizomes per hill and hills set about 2 to 3 feet apart.

‚ÄúHops are difficult to grow on a small scale,‚Äù Paino advises. ‚ÄúThey need a lot of attention, especially in late June and early July.‚Äù

That period of early summer he‚Äôs referring to is when you‚Äôll need to train the hops. Once the shoots reach 1 to 2 feet, they are ready to train. Taught, strong baling twine can be used to create your trellis. Stretch the twine 10 to 15 feet over the row. Then run a piece of twine down to each plant and secure with a stake in the ground at the base of the plant. Next, you‚Äôll need to select the strongest bines to string up the trellis.

‚ÄúWhat we have learned is that more is not better,‚Äù Paino says. They started by selecting about six bines, but they have found that selecting only two produces more vegetative growth and a better balance of hops to leaves. He adds that the ideal ratio is about 80 percent hop cones to 20 ¬≠percent leaves.

Once you‚Äôve selected trellising candidates, wrap them clockwise around the twine. Prune remaining bines to prevent tangling and continue to prune throughout the growing season. The lower 2 to 3 feet of foliage can be removed once bines climb the trellis and produce side branches to allow more airflow, reducing disease risks.

Hops need plenty of water. A drip irrigation system is ideal to reduce diseases that can result from wet foliage. The Ruhstaller Farm & Yard grows about 7¬Ω acres of hops, and Paino says that the farm uses drip irrigation at a rate of 1 gallon per hour. During April and May, they run one 12-hour cycle per week. During June, it increases to two cycles a week, and in July and August, three cycles per week. In regards to smaller scale production, according to Rutgers University Cooperative Extension, established plants need about 1¬Ω inches of water per week and a soil pH between 6 and 7.

The most popular hop varieties in the United States have evolved into a mix of alpha hops that provide the important bittering component, alpha acid, and aroma hops that result in distinct flavors and aromas. According to the Hop Growers of America, a few varieties that are especially popular among U.S. craft brewers include Cascade, Chinook, Centennial, Crystal, CTZ, Triple Pearl, Cashmere, Willamette, Tahoma and Yakima Gold.

The first year, few cones will produce as the crown and root system get established.

Generally, the first year you will have 10 percent production; the second, 50 percent; and then, ideally, 100 percent in the third year. After two to three seasons, established bines can produce 1 to 2 pounds of wet hops each. (Wet hops are often an ingredient in brewing, but need to be used the same day of harvest. Dry hops weigh about four times less than the wet hops at harvest.) Harvest time varies by area, but most often takes place between mid-August and mid-September before the first frost.

Hop cones are ready for harvest when they are dry and delicate. The cone will be fragrant when you squeeze it and will spring back to its original shape. Harvesting a small crop of hops can be done by cutting the bines when the majority of the cones are ready, or by hand-picking the cones.

Harvested hop cones need to be dried before storing to prevent spoilage. Air-drying is preferable and can be done by spreading the cones in a single layer on a window screen. Keep the hop cones out of direct sunlight and turn every day until dry. Alternatively, a food dehydrator¬Ýor oven can be used, but temperatures should be kept below 140 degrees F. You‚Äôll know the hop is dry when the inner stem becomes brittle. The lupulin will also be visible as a yellow powder and will easily separate from the cone.

Moisture, air and heat can rob your hops of quality and freshness, so it‚Äôs important to protect against each of these factors when storing. An ideal place for storage is in the refrigerator or freezer in a sealable plastic bag with all air removed, preferably using a vacuum sealer. Paino suggests that hops stored in this way could last up to two years. Larger crops with mechanical harvesting systems will require a kiln for drying the hops. The dried hops are then baled and can be stored for a year or more.

Homebrewers interested in experimenting with hop varieties and small breweries looking for ¬≠locally sourced ingredients can be a target population for small-scale hop sales in your area. Due to increased demand, hop prices have spiked in recent years. Depending on the variety, hops can sell for anywhere from $8 to $20 per pound.

The average farmers market consumer isn‚Äôt on the lookout for hops, so simply adding your harvest to your product table likely won‚Äôt get you the sales necessary to recover your costs. You‚Äôll need to identify yourself as a hop grower in your community and reach out to your potential buyers. Take some time to visit with local breweries and brewing-supply shops. Contact the homebrewer‚Äôs association in your area. Not only will this advertise that you have hops available, but it opens up the lines of communication so that you can identify local needs and adjust your variety of hop crops as necessary to meet them.

While the majority of hops are used for brewing beer, Jan-Erik Paino, founder of Ruhstaller Brewery in Sacramento, Calif., shares that hops are also a natural sedative. Historically, the leaves were used in hot baths or put into sachets to set by the bed pillow to promote sleep.

Hops are a challenging but rewarding crop that may allow you to fulfill a need in your area. While the development of a local market can be a hurdle, Maikkula enjoys networking and meeting new people in the industry, as well as consumers.

‚ÄúThere is satisfaction in taking something that didn‚Äôt exist and supplying a quality product to local beer lovers,‚Äù he says.