Sage grows well in warm climates without much water. 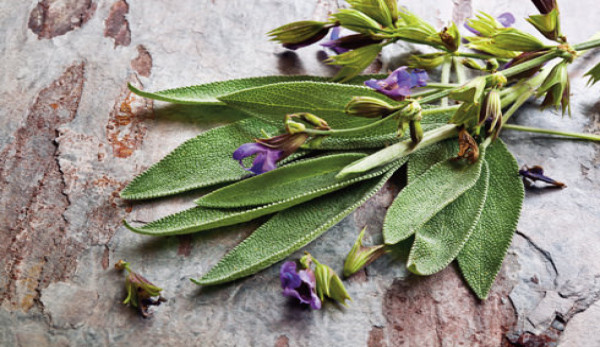 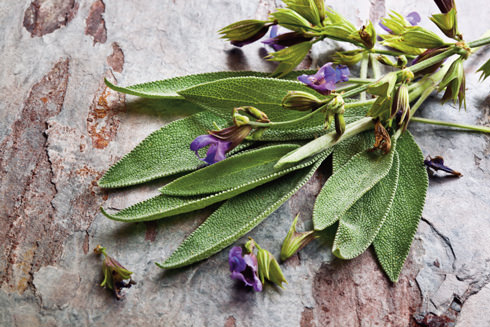 Sage is a great herb to grow in warm climates.Â

The most likely reason that American-grown herbs die is either from too much rain or from poor drainage in summer. Either way, most culinary herbs donâ€™t like wet feet. Sage is even more finicky.Â

Sage, like most culinary herbs, is adapted to a Mediterranean climate, where summer droughts normally last from May to September. Most of the United States is much wetter than that, and many soils here hold moisture longer than the gravelly soils of the Mediterranean.Â

Given their preference for dry feet, all herbs are good candidates for growing in pots â€” especially sage. Sage favors terra-cotta pots over plastic containers, because terra-cotta pots are porous; they dry out more quickly. An important rule with plants is that the roots have to get big before the top can get big. Put sage in containers at least 10 inches in diameter.Â

Planting sage into a tree stump is a really fun way to grow it. I learned about this technique from reading a story by oral historian David Cecelski. He had recorded the stories of an elderly woman who had fished and gardened on the North Carolina coast. She said that the only way to keep sage alive was to chop out the center of a stump and plant it there.Â

That sounded a little crazy to me â€¦ at first. On second thought, I realized that the stump would drain really well and would be very lean on nutrients, much like Mediterranean soil. The only stump I had access to at the time was a 12-inch-wide pecan tree stump. It was a bit small, but it had to do. It was a couple of years old and was just beginning to rot. I hacked out some of the punky (spongy) wood in the center with a hatchet, planted a sage plant with a bit of compost and mulched it with a couple of handfuls of grit. I watered it once, then ignored it, except when I needed to harvest some. Over the summer, I marveled at the amount of growth, even without irrigation.Â

Iâ€™ve persuaded a few colleagues to plant sage into stumps, and theyâ€™ve had equal success. You probably donâ€™t want any of your trees to die in order to have a stump, but if one does die, youâ€™ll know just how to memorialize it in the garden and in the kitchen!Â