Growing Vanilla For Your Health

This popular culinary flavoring is in the orchid family and is good for your health, too! 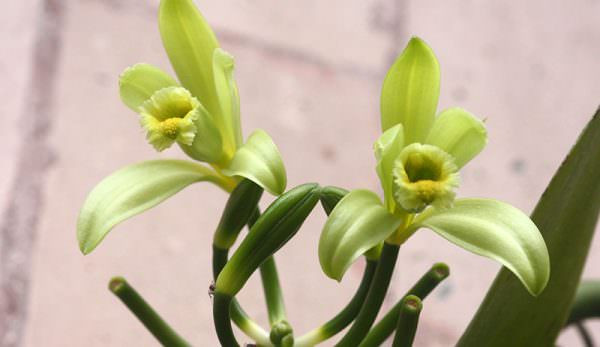 On the shelf in front of my window growsÂ Vanilla planifolia, reportedly the most medicinal of the vanillas. The vanilla plant is an orchid with well-known culinary applications. It grows wild in tropical climates right around the equator. This means that it grows naturally in quite a few different countries with quite a few different soil types. All of this variety in growing culture means that it’s a bit like wine or coffee, producing a multitude of flavor notes depending on the resulting beanâ€™s origin.

As I am quite a bit north of the equator, I keep my plant growing indoors. Itâ€™s winter here, so Iâ€™m not watering it as much as I would in the summer. I keep a mister handy because it likes a bit of humidity. The vanilla orchid is a good houseplant and, in time, will most likely vine all around my window. It wonâ€™t flower until it is 5Â years old, at which point,Â Iâ€™ll have to act as pollinator if I want to have my own fruit.

Mexico is currently the only place where there is a natural vanilla pollinator. All other places require quite a lot of human intervention. This explains its high cost for theÂ true extract. The flower is only open for one day and if it isn’t pollinated in the morning, it drops off the next day.

More Than A Flavoring

Vanilla is more than just a tasty addition to baked goods. It has a long history as an aphrodisiac, but that’s just the tip of the iceberg. It is said that itÂ was very effective with weight loss, though I have yet to figure out exactly how it wasÂ usedâ€”surely not in a muffin!

Today, there is renewed interest in studying the medicinal aspects of this orchid, though a specific constituent, vanillin, draws the most focus. Vanillin is an antioxidant found within the vanilla pod that has shownÂ promise as an anti-cancer agent and a strong anti-inflammatory. The pods are relatively nutritious and are also known to be mildly sedative, with a particular knack for quelling anxiety.

I like to buy whole vanilla beans and use them in baking or make my own extract. I look forward to when my extract contains my own homegrown fruit, as well. Only time will tell if Iâ€™m successful in that aim. In the meantime, I will happily use vanilla in as many recipes as possible. Vanilla appears to be a great addition to our daily lives in times of high stress, and I am constantly on the hunt for new and different ways to use it for that reason.