Courtesy Toyota/ Dewhurst Photography The updated Hybrid Vehicle Guide offers consumers information and photos on hybrid cars, like the Toyota Prius, that they are considering buying. Shopping for a new green vehicle just got a little easier, thanks to the release of the 2011 Hybrid Vehicle Guide. Hybrid Kingdom, an online directory devoted to all […] 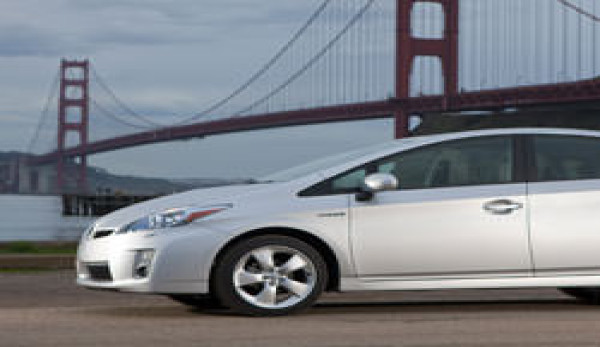 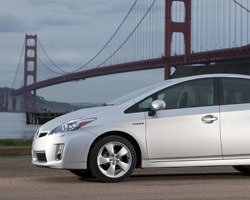 The updated Hybrid Vehicle Guide offers consumers information and photos on hybrid cars, like the Toyota Prius, that they are considering buying.

Shopping for a new green vehicle just got a little easier, thanks to the release of the 2011 Hybrid Vehicle Guide.

Hybrid Kingdom, an online directory devoted to all things hybrid vehicles, including websites, blogs and forums, published the Hybrid Vehicle Guide to help consumers make better informed decisions about hybrid-electric vehicles. The guide was originally created in 2009 to simplify the process of researching hybrid vehicles.

“There are an overwhelming number of websites offering advice about eco-friendly cars,” says Jeff Carey, marketing director at Hybrid Kingdom. “Customers were asking us for an easier way to compare all the hybrid makes and models in one place. Our editors brought it all together and developed a resource that people can read online, download or print.”

TheÂ Hybrid Vehicle Guide update includes information on every new hybrid car, truck and SUV available for purchase this year. These include the ever-popular Toyota Prius as well as several newcomers, such as the hybrid Lincoln MKZ and Volkswagen Touareg hybrid sport utility vehicle. Dozens of new hybrid vehicles are scheduled for release in 2011 and 2012. Subscribers to the Hybrid Vehicle Guide will receive free updates for life on newly released hybrid cars.

Each of the 27 hybrid cars in the buyersâ€™ guide gets a featured page in the updated guide. The hybrid vehicle profiles include an executive review, photos, EPA gas mileage estimates and pricing options. Also included are links to expert reviews, manufacturers and other online resources. Discontinued models, such as the Honda Accord hybrid, are referenced in their own section of the buyersâ€™ guide.

Sales of hybrid vehicles reached an all-time high in 2008 when gas prices in the U.S. topped $4 per gallon. In areas of California, prices were closer to $6 per gallon. That year, more than 300,000 hybrid vehicles were sold, but since then, consumer interest in hybrid-electric vehicles has fallen, in part, due to lower gas prices and an ailing economy. Now, with crude oil and gasoline prices on the rise once again, online searches for more fuel-efficient vehicles are rapidly increasing.

Are you looking for a hybrid car? Discuss your buying decisions on the UF forums.Â