Try the Hampshire for an efficient meat producer, as well as fine, dense wool. Use as sires is also common. 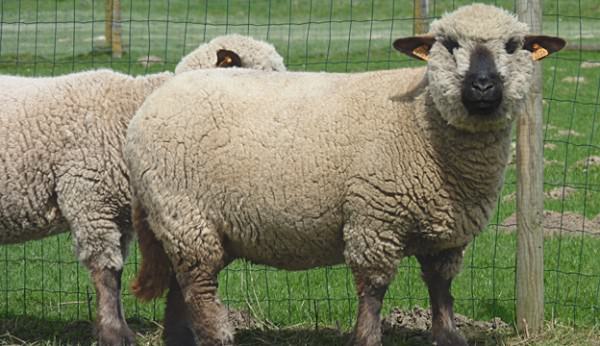 Use: Hampshires are commonly used as terminal sires for commercial flocks because they pass along valuable production traits like efficient feed conversion and rapid growth. This breed yields a lean, heavy carcass and also gives around 8 pounds of dense, fine wool with a spinning count in the 54s to 60s and a staple length of 2 to 3½ inches.

History: Hampshire County located on the south coast of England, an area with a kinder climate than many parts of Britain. This large breed arose from sheep native to the district and bordering areas, possibly the Old Hampshire, Berkshire Knot, Southdown, and Willshire Horn. A Cotswold ram owned by John Twynam also seems to have also played a role in the development of what is still called the Hampshire Down in Britain. The first Hampshires came to the United States in 1840; however, these sheep apparently met an untimely end during the Civil War. Fortunately, more sheep arrived in 1879.

Conformation: With their large size, strong muscling and deep, blocky bodies, Hampshires look like the oxen of the sheep world. The hefty mature rams can tip the scales at more than 275 pounds, while the ewes weigh 200 pounds or more. This polled breed fits the stereotype most humans have of sheep: white wooled with a wool cap over an “open” dark face and moderately long, slightly drooped ears. Their legs are also dark, with some wool present below the knees.

Special Considerations/Notes: Hampshires have a long breeding season, and the ewes experience a large percentage of multiple births. Though these big, active sheep may look a bit intimidating, raisers describe them as quiet and laid-back, a plus for farmers and exhibitors.