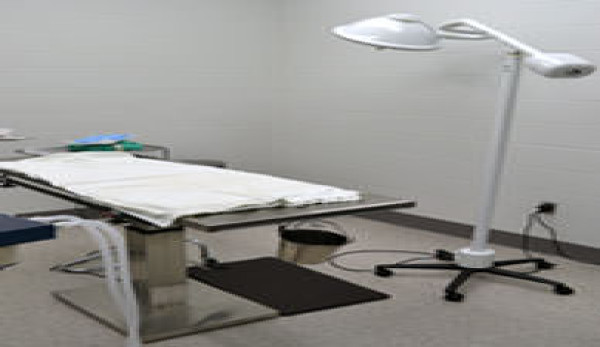 Pencils, binders, loose-leaf paper: These are the tools found in nearly every high-school student‚Äôs locker. But what about a soil-testing kit, a stethoscope and a sturdy pair of rubber boots?

For about 188 Lexington, Ky., students, these unexpected backpack fillers happen to be the tools of their trade as they pursue a diploma at the city‚Äôs newest high school, Locust Trace AgriScience Farm.

The first high school of its kind in Kentucky, Locust Trace offers students hands-on training and career preparation along one of five tracks: plant and land science, biotechnology and environmental science, agriculture power mechanics, equine and vet science, and small- and large-animal science. Students also have the opportunity to take core courses in higher-level math and advanced English, biology and chemistry.

The school, which opened this fall after nearly a year of construction, was born out of ‚Äúboth a dream and a need,‚Äù says Sara Tracy, Locust Trace‚Äôs community liaison. Although Fayette County Public Schools, where Locust Trace is located, once offered a vigorous agricultural-education program, it had diminished in recent years: By 2010, the city‚Äôs Eastside Technical Center had only two agriculture instructors on staff. Despite the lack of teachers, students still demonstrated a substantial interest in these fields, with veterinary medicine appearing as one of the top choices on a survey of students‚Äô career goals.¬Ý¬Ý¬Ý¬Ý¬Ý¬Ý¬Ý

Coincidentally, it was a veterinarian who planted the seeds for the idea that grew into Locust Trace, Tracy says. Dr. James Martin, a lifelong friend of Eastside Tech‚Äôs principal, Joe Norman, wanted to ‚Äúput together a program where students could work with a veterinarian,‚Äù Tracy explains.

The original plans called for an Eastside Tech satellite location to be built on a federal land-grant site the school system had acquired in 2008. Plans called for a one-room schoolhouse and six-stall barn where students could practice hands-on skills under a vet‚Äôs guidance. As Martin and Norman‚Äôs idea gained momentum, however, the blueprint expanded: Locust Trace‚Äôs campus now boasts a classroom building and several barns, as well as land designated for features, including paddocks, orchards, vineyards and more.

Determined to demonstrate that a large campus (82 acres) could have a small carbon footprint, Fayette County‚Äôs school board asked that Locust Trace be designed to meet LEED Gold standards. The end result, Tracy says, is a facility that‚Äôs ‚Äúalmost as green as you can be.‚Äù The campus boasts several sustainable innovations, including:

Tracy says the goal is for the campus to produce more energy than it uses, adding that the only factor that keeps the school from being 100-percent net-zero is its use of water-company resources for key safety features, like the sprinkler system.

Sustainability is part of the curriculum, too. A ‚Äúgreen screen‚Äù monitor located in the school lobby allows students and teachers to see how much energy is being used in each classroom. When waste or overuse is detected, students are tasked with finding creative solutions for getting back on track.

Weaving sustainability throughout the curriculum is one example of Locust Trace‚Äôs integrative, interdisciplinary approach to agricultural education. While students may focus on a specific track, their course work encourages constant collaboration with peers in other fields. Students with an equine focus, for instance, have been working with their peers in the plant science program to eradicate hazardous weeds and determine the optimal pasture makeup for horse health. This kind of cross-training is crucial for students pursuing 21st-century agricultural careers.

This exposure includes access to facilities, such as the school‚Äôs¬Ýaquaculture lab.

‚ÄúThe aquaculture lab is definitely unique,‚Äù Tracy says. With equipment rivaling that found in many college- and graduate-level labs, students will have the opportunity to raise and research a variety of decorative, food and sport fish.¬Ý

As for Martin‚Äôs original plans, last month they came to fruition in a big way with the grand opening of Locust Trace Veterinary Clinic. A full-service practice staffed by veterinarians and trained technicians, the clinic provides a full slate of services to local clients while simultaneously giving students in the school‚Äôs vet-science program an opportunity to observe and, when appropriate, assist with procedures.

‚ÄúThe veterinary clinic is an incredible asset,‚Äù Tracy says. Operating as a nonprofit, the clinic‚Äôs client fees are reinvested in the facility, allowing for the purchase of state-of-the-art equipment. When it comes to vet-school admissions, this cutting-edge approach gives students the edge, Tracy explains. ‚ÄúYou will not get in without hands-on experience,‚Äù she asserts.

As Locust Trace grows, Tracy says, the hope is that it will provide a successful model of agricultural education that other suburban and urban districts can follow. Along the way, she hopes it will open people‚Äôs minds to what agriculture means.

‚ÄúA lot of people hear ‚Äòagriculture,‚Äô and think old-school farming,‚Äù she says, citing the father who was shocked not to find a big, red barn when he dropped his daughter off on the first day of school. ‚ÄúWe were able to show him that it was so much more than that.‚Äù