Skip the harmful chemicals when battling garden enemies hiding in your soil, and use the power of the sun instead. 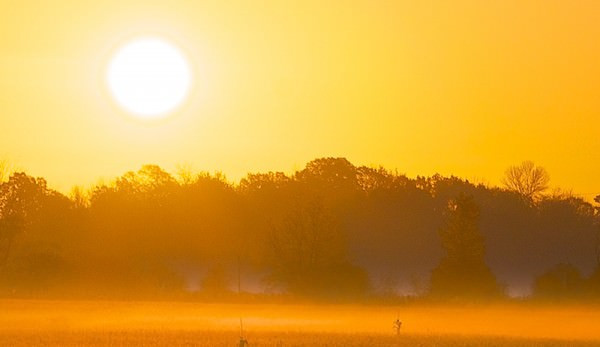 Some of the best things in life are free, and the abundant energy of the sun is one of them. This is very good news for garden and agricultural soils, which are home to hundreds of thousands of crop pests: insects, nematodes, termites, arthropods, rodents and weeds, as well as fungal, bacterial and viral pathogens. The power of the sun can be used in a passive way to defeat a number of these barriers to productivity, using a process called soil solarization.

Conventionally, since at least the 1930s, soil sterilants, like methyl bromide, have been used to fumigate agricultural soils and kill all sorts of organisms, whether or not they are harmful to the crop. Because this chemical depletes the ozone layer, its use has been steadily declining in most of the world since the Montreal Protocol on Substances that Deplete the Ozone Layer. The United States is one of the only nations that has lobbied for significant exceptions, despite having more thanÂ 1,000 documented cases of poisoning among agricultural workers using the stuff.

Although a solar alternative to using dangerous chemical fumigants has been documented as being used in ancient times by farmers on the Indian subcontinent, it didnâ€™t really catch on here until the mid-1970s.

What Is Soil Solarization?

Soil solarizationâ€”also called solar soil heatingâ€”is accomplished by mulching and covering agricultural soils during the hot season, usually using a transparent or translucent polyethylene tarp. This is different from plasticulture, in which a polyethylene mulch is used during the growing season to suppress weeds and increase the efficiency of drip irrigation.

During soil solarization treatment, sunlight hits the tarp and is converted to heat, which in turn increases the temperature of the top 4 to 8 inches of the garden bed. This takes place over a four- to nine-week period.

This sustained heating (between 100 and 122 degrees F) has been demonstrated to be effective against plant diseases, like:

It will also kill off weed seeds and various pest nematodes. Basically, solarization is an attempt to pasteurize the soil, and while pests dependent on crops will usually fall victim to the heat, beneficial nematodes and some insects will often manage to burrow to cooler pastures.

Because polyethylene plastic mulch has only really been available since the 1950s, and because research on soil solarization has been scarce while fumigants were favored, soil solarization an emerging environmentally friendly agricultural practice for cultivating healthy soil. As an agricultural technique that is free of chemically synthesized inputs, it is increasing in popularity as inputs like methyl bromide are being phased out and interest in organic cultivation is on the rise.

Soil solarization isnâ€™t without its problems, though.

You Can Get The Temperature Wrong

If soil solarization isnâ€™t done during the hot season or in a sufficiently hot climate, you can actually end up exacerbating your problems. In cooler temperatures, the tarp can become a mini-greenhouse that nurtures weeds and pathogens, instead of killing them. Most research has been conducted in climates with consistently warm climates and long growing seasons (zones 8 to 11 with a high heat zone).

The Mulch Doesnâ€™t Break Down

Soil solarization also typically requires the use of polyethylene plastic mulch, which is a petroleum or natural gas product. It doesnâ€™t readily biodegrade, meaning it will be present in the environment for a long time. The accumulation of small plastic particles in natural environments is a pressing environmental issue that is only beginning to reach the public consciousness. A possible solution to this problem is using biodegradable polymers, and research is underway to make and improve them for soil solarization applications.

ItÂ Can Hurt Your Bottom Line

Economically, soil solarization has two potential drawbacks for the market gardener or farmer. First, the cost of the plastics to accomplish it can be prohibitive, depending on the scale of the area to be solarized. Secondly, the process requires that a garden or field lies fallow during what are potentially the most productive parts of the growing season: the two months when temperatures are the hottest.

If conditions and economics allow, however, soil solarization is a relatively ecologically friendly method of reducing the pest burden in soils using the power of the sun. It can be practiced on anything from a raised-bed garden to a full agricultural field.

To solarize your soil:

Nutrients are often more available to plants after this process, as the heat accelerates decomposition of soil organic matter. In areas with a longer growing season, newly solarized soil will be ready to sow an autumn crop!